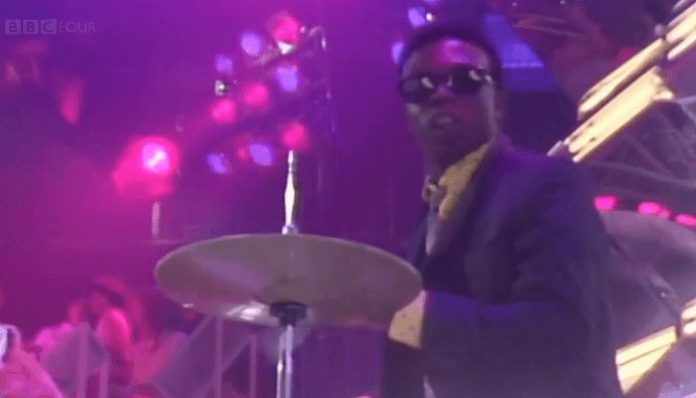 The former drummer of the Cure, Andy Anderson, born Clifford Leon Anderson, has reportedly passed away at the age of 68, according to NME. Anderson performed as a part of the band from 1983 to 1984.

In a Facebook post that you can see below, Anderson recently announced that he had been diagnosed with terminal cancer.

In the post, Anderson revealed the nature of his condition and his positive thought process behind his diagnosis.

“Hi guys, I am and I have Terminal 4 Cancer, and there is no way of returning back from that, it’s totally covering the inside of my body, and I’m totally fine and aware of my situation,” Anderson said in the Facebook post.

However, further in the post, Anderson discussed the possibilities of undergoing chemotherapy and radiotherapy.

“Chemotherapy and Radiotherapy will be discussed over the next few days,” Anderson continued. “Hopefully I’ll be able to get back to get to you in the next few days about the outcome, and please, no boo-hooing here, just be positive. For me it’s just another life experience and hurdle, that one has to make yet another choice in life.”

While the band has yet to confirm Anderson’s passing, friends have taken to his Facebook to extend their condolences, according to NME.

“I’m sure Andy Anderson would like he’s fans and friends who he was so dedicated to and loved so much to know, that very sadly he’s passed away,” friend Sean Dunmore says. “Gone onto the next adventure, to the next gig. Everyone has so many good memories of this kind and gentle man. He wouldn’t want you to be sad but celebrate the joy of life.

Anderson contributed to the Cure’s 1984 full-length The Top and the following live LP, Concert: The Cure Live.

The musician also worked with Iggy Pop as well as the Cure’s Robert Smith on a side project with Siouxsie and the Banshees’ Steven Severin.

You can watch Anderson perform with the Cure in a video from 1984 below.

We are sending our utmost sincerity and condolences to the rest of the Cure, as well as Anderson’s friends, family and loved ones at this time.