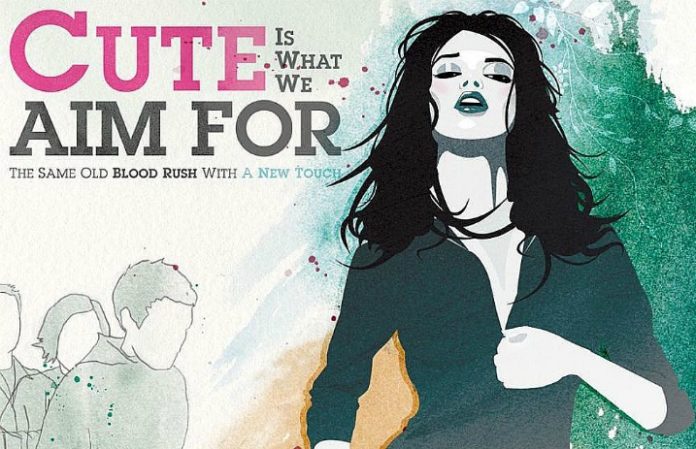 It's been 10 years since Cute Is What We Aim For released The Same Old Blood Rush With A New Touch. Now, the band are commemorating the classic by heading out on a 10-year anniversary tour.

The voyage to Australia will include seven dates across the continent. Here's hoping they'll add more legs around the world!

Frontman Shaant Hacikyan posted a statement to the band's Facebook. Read it below:

I wanted to let you know a few things. First of all, I think you're pretty great for even reading this and I thank you from my left side for taking the time.

Secondly, I am thrilled to announce that we will be heading to Australia for a headline tour to commemorate the 10 year anniversary of the release of our debut album, 'The Same Old Blood Rush With A New Touch'.

Growing up, none of us thought we'd ever release a full length album, let alone have the chance to fly across the earth to headline a 10 year anniversary tour.

None of this would be possible without you. By 'this' I mean CIWWAF. Making sure that you know that is something I take very seriously. We would never have had the life altering experiences and opportunities without your support. You are responsible for making the dreams of 3 clueless kids become a reality. As you can see, words cannot convey what I'm trying to say so it looks like we'll have to play some shows so we can show you in person.

On behalf of Jeff, Tom and myself.

Our eternal thanks and we're looking forward to have the privilege to make a few more memories together.

Thrilled to announce that we'll be heading to Australia in late August! Can you believe it's been 10 years already? pic.twitter.com/JCQvmgLu2z