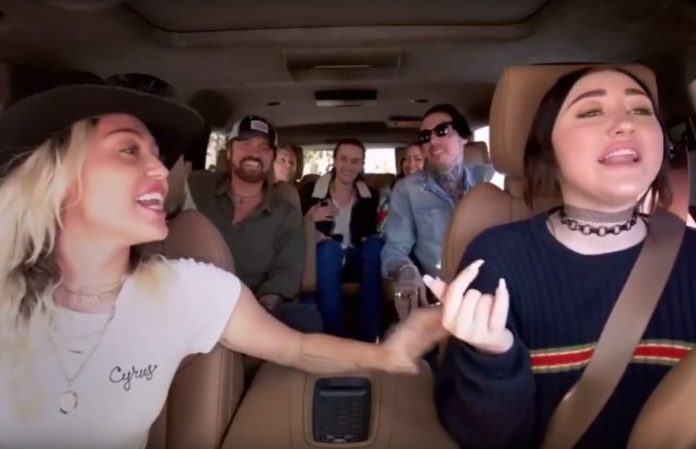 Everyone loves the Carpool Karaoke series—musicians singing along at the top of their lungs to their own songs makes for great entertainment. But who would have thought that the entire Cyrus family singing along to Metro Station would make for such pure family fun?

Miley's older brother, Trace Cyrus, is well known in the scene for being one half of the alt-pop outfit, Metro Station. They released the smash single, “Shake It,” back in 2007, and it has been an infectious banger ever since. The Cyrus', of course, know every word to the song and loudly sing along while driving.

Arguably, the best part of the video is that the entire family agrees that the lyrics are kind of weird. Trace doesn't even sing in the beginning, exclaiming, “It’s super creepy.” I mean, we all thought it at one point or another, right?

They also go on to sing father Billy Ray Cyrus' 1992 hit, “Achy Breaky Heart,” full on with wigs, accents and everything. We can't stop watching.

Check out the full video below:

Do you sing along to “Shake It” in your car? Let us know in the comments!