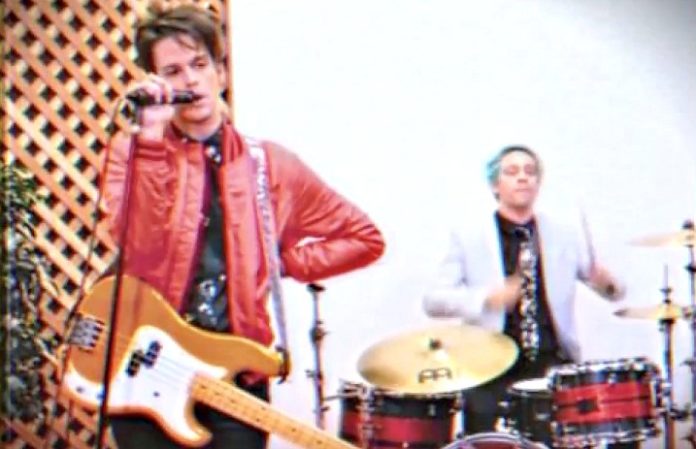 Dallon Weekes, who you might recognize as Panic! At The Disco’s current bassist, keyboardist and backing vocalist, has debuted the first song from his new project, I Don't Know How But They Found Me, enlisting drummer Ryan Seaman to be a part of it, too.

Read more: Here’s the Panic! At The Disco song that best fits your zodiac sign

As described by Weekes himself, the project—abbreviated IDK—is a “musical entity outside of its own time, one that, faded away into obscurity in the early 80s, and today, through the internet, sees its performances and recordings being rediscovered by a world that finally just might be ready for IDK.”

This alternate world where IDK once existed was inspired by a series of old cable talent shows from thirty years ago—it was bizarre, but just enough to inspire IDK. And, in case you were wondering, the name is inspired by a memorable line of dialogue taken from the classic film, Back To The Future.

“I was in the middle of making a record when I came across this series of old cable access talent shows from thirty years ago,” Weekes explains.

“It was this bizarre, low budget parade of the strangest people, and I couldn't stop watching it.  I wanted to be on this crazy show, which was of course impossible.  That's when the concept of 'I Don't Know How But They Found Me' began.”

Watch the music video for their first single, “Modern Day Cain,” below:

What are your thoughts on Weekes’ new project? Let us know in the comments below!