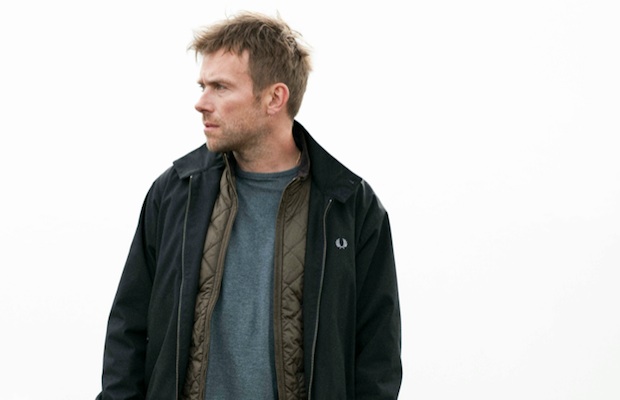 The track, which Albarn first premiered at a private Sundance Film Festival party last month, will appear on the singer's upcoming solo full-length debut, Everyday Robots. The album was first announced in a teaser in Dec., then later set for an April 29 release via Warner Bros.

Listen to Albarn's performance of “Lonely Press Play” below:

And, in case you missed it, watch the video for Everyday Robots' title track, which premiered last month:

You can also watch Albarn discuss and preview the upcoming album at length, in a new half-hour mini-documentary from BBC TV's The Culture Show.

While Everyday Robots marks Damon's first solo full-length, the diverse singer has previously appeared on various soundtracks, collaborations, and promotional singles, and released a double EP, Demoncrazy, in 2003, the same year Blur released their last album. Gorillaz' most recent release arrived in 2011. Both primary projects are expected to continue on with new efforts in the future