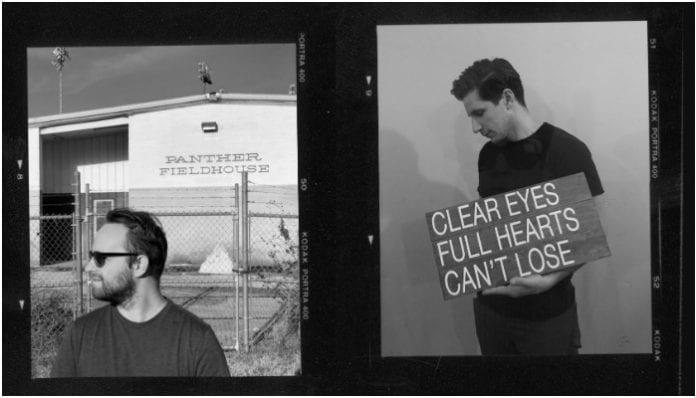 We love when bands get together to work on projects together, and that’s just what the Wonder Years’ Dan Campbell and the Early November’s Ace Enders did.

According to a press release, both Campbell and Enders a share a love of the show, so they decided to take that love and turn it into a musical side project.

The first set of songs, which will be released via their Season One, Episodes 1-6 EP, will be dedicated to “exploring the untold stories and emotional complexities of the show’s first season through the creative influence of two musicians that love it.”

Of the project, Campbell explained:

“Ace and I have been talking about this project for years. The first time the two of us worked together on a record, we bonded over our love of FNL, often quoting it before vocal takes.” Campbell shared. “We’re both so excited that this thing finally, actually exists, and we hope fans of the show and fans of our music appreciate this little labor of love that we built.”

According to a report from Kerrang!, the EP will consist of six separate songs, three of which will be by Campbell while the other three will be by Enders.

While the debut EP will be divided up between the two, it will still pull inspiration from the show and the characters in it.

Season One, Episodes 1-6 is currently available to stream or purchase via Bandcamp. However, the duo also released limited merch bundles here.

You can check out one of the tracks below.

What did you think of these new songs? Let us know by sounding off in the comments below!