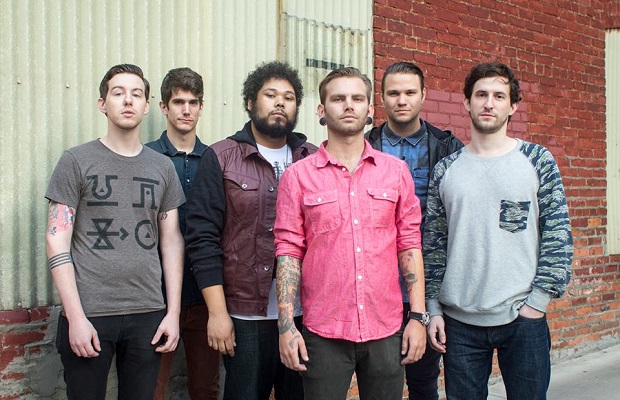 This fall, Dance Gavin Dance will embark on a 10-year anniversary tour alongside Slaves, A Lot Like Birds, Dayshell and Strawberry Girls. Both Slaves and A Lot Like Birds are fronted by former DGD vocalists Johnny Craig and Kurt Travis, while Strawberry Girls feature ex-DGD guitarist Zachary Garren. All current and former singers of Dance Gavin Dance will join the band each night for performances of songs spanning the band’s 10-year career.

Tickets are on sale now. A full list of dates and locations can below.

Jonny Craig, the current frontman for Slaves, served as Dance Gavin Dance’s original clean vocalist after departing from his band Ghost Runner On Third. He is featured on the band’s debut EP, Whatever I Say Is Royal Ocean, and debut LP, Downtown Battle Mountain.

Craig originally quit DGD in the fall of 2007, and was replaced by current A Lot Like Birds vocalist Kurt Travis, who is featured on the band’s self-titled and Happiness albums.

Travis and DGD parted ways in August of 2010, and Craig re-joined for Downtown Battle Mountain II. (It was also around this time that Zachary Garren was asked to leave.) Two years later, however, Craig left the band for a second time. In his wake, former Tides Of Man vocalist and current DGD co-frontman Tilian Pearson joined the band. His vocals are featured on their most recent studio albums, Acceptance Speech and Instant Gratification.