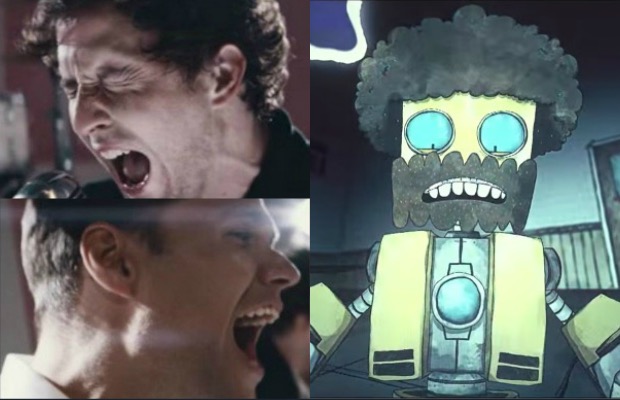 Dance Gavin Dance have released the third single from their upcoming album, Mothership. (Pre-orders are on sale now.) The track, titled “Young Robot,” and its accompanying video serve as a prequel to the band’s Robot With Human Hair storyline.

“The Robot With Human Hair” began on DGD’s debut EP in 2007, which features Part I and II. Part III was released on Self-Titled, and features Kurt Travis on clean vocals. When Jonny Craig re-joined the band for Downtown Battle Mountain II, Part II 1/2 was released.

Finally, Tilian Pearson’s first album with the group, Acceptance Speech, features both Part IV and “Death Of The Robot With Human Hair.” The storyline, however, is continuing to evolve with correlating references in DGD music videos, such as “Stroke God Millionaire.”

Directed and animated by John Howe, the video for “Young Robot” connects various puzzle pieces for fans. Can you catch all the references to DGD-lore? Leave us a comment with what you find! In case you missed them, hear Mothership’s first two singles: “Chucky vs. The Giant Tortoise” and “Betrayed By The Game.”