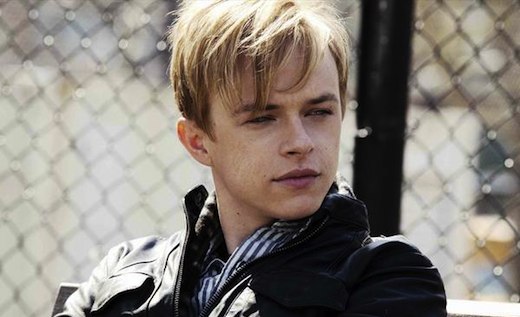 Another bit of news about The Amazing Spider-Man sequel has been revealed: Today, via Twitter, director Marc Webb revealed that Dane DeHaan will play Harry Osborn, Peter Parker's friend/the Green Goblin's son, in the sequel. DeHaan, who is known for his roles in HBO's drama series In Treatment and this year's sci-fi thriller, Chronicle, is still an unfamiliar face to many, but if James Franco's rise to stardom after playing Harry in the previous Spider-Man films is any indication, soon everyone will know who the young actor is.

DeHaan will join Andrew Garfield and Emma Stone, who will reprise their roles as Peter Parker and Gwen Stacy. Shailene Woodley (The Descendants, The Secret Life Of The American Teenager) is currently in talks with the studio to play Mary Jane Watson, Spider-Man's other love interest. (You may remember Kirsten Dunst, who played Mary Jane in the earlier films, made the role famous when she shared an upside-down kiss with the masked superhero.)