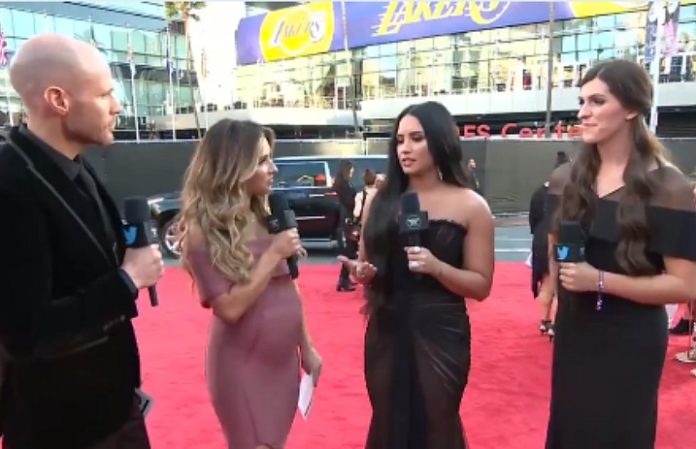 Virginia's first transgender legislator and avid metalhead Danica Roem made an appearance on the American Music Awards as the very special guest of Demi Lovato. Both used their moment on the red carpet to discuss the importance of LGBTQ equality and inclusiveness.

Check out the full red carpet interview, below

Roem joined Lovato as part of GLAAD's Together movement, a campaign calling on all marginalized communities to stand together. Lovato has always been a huge supporter of the LGBTQ community, using her platform to share strong messages of acceptance for LGBTQ people. GLAAD and the LGBTQ Victory Fund connected Lovato with Roem in advance of the AMAs.

“I think what Danica has done is just completely inspirational and she's a trailblazer” says Lovato. “To be a state legislator as a trans woman is ground breaking and incredible, I have so much respect for her and I wanted to come with her.”

“My campaign, I talked a lot about the idea of making Virginia a more inclusive commonwealth” says Danica. “So no matter what you look like, where you come from, how you worship or who you love you are welcomed, celebrated and respected in Virginia because of who you are, not despite it.”

Check out Lovator and Roem's full red carpet interview, below.

.@ddlovato and Danica Roem both look STUNNING tonight. I can tell this performance is going to INSPIRE! ✨✨✨ #DEMIxAMAs pic.twitter.com/qI4ug6mwlD

You can watch the American Music Awards tonight starting at 8/7c on ABC.

Will you be watching the AMAs? Let us know in the comments below!