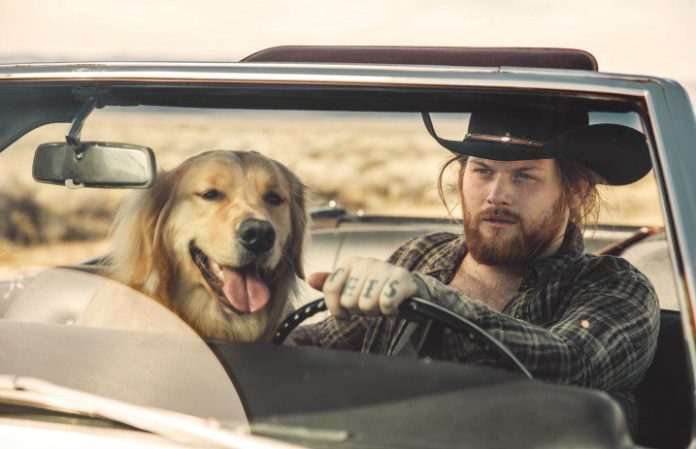 With the release of his debut solo album, The Long Road Home, fast approaching, Asking Alexandria’s Danny Worsnop sat down with Metal Wani to talk more about his solo effort, return to Asking Alexandria and more.

“The solo work is my number one always. I’m already thinking about the second one,” Worsnop says.

“I obviously love all the other things I do, but the solo record is always number one because it’s me. It’s personal. I have that emotional connection to it that nothing can ever top it.”

In the interview, Worsnop says he originally had no intent of going into the studio to record a new album. But the songs came together naturally and became The Long Road Home.

“I didn’t walk into it like, ‘Oh, make a country record.’ I originally wasn’t making a record at all,” Worsnop says. “These songs, when I was writing them, they have a life of their own and they took themselves where they needed to be. I was just holding the pen at the time.”

Being fresh in the country music scene, he said he talked to 15-20 labels, until he found a connection with Earache, who really backed the work he was doing.

“In the country world, I’m new. No one knows me. I’m starting completely from scratch with this record because my name doesn’t carry any weight here, which is kind of refreshing because I’m not burdened with people having certain expectations, and I’m not burdened with people doubting or instantly wanting to fail,” Worsnop says. “It’s a complete fresh start, which is really refreshing and nice.”

And he says he will be touring his solo record internationally, “full steam ahead.” And when Metal Wani asked who he’d like to tour with? Worsnop says Zac Brown Band (“They have that alternative and rock side as well”), but with how diverse the album is, he could see himself touring with anyone.

“I could go do a Miranda Lambert tour. I could do a Sturgill Simpson tour. Honestly with this, I will go out with as many different people as possible because I want all the audiences. I don’t want to pigeonhole it to one crowd because this record has so much to offer outside that one thing,” Worsnop says.

Last October, Danny Worsnop marked his return to Asking Alexandria, and when asked about his reunion with the band, he says everything just felt right.

“It’s great being back with the guys. It had been like two years since we had even spoken, so it was nice. It was like jumping back in, and it was a smooth transition that I’m glad we did,” Worsnop says. “I think we all needed the time apart to gather ourselves and get our respective shit together, and yeah it’s good to be back together.”

Worsnop also says that he has a busy year ahead of him. He’s shot four new music videos, has two movies coming up this summer, one of which he’s writing the music for, finishing up a new We Are Harlot album (“We’re ten songs into it already), and touring this record as much as possible.

Listen to the interview in full below. His debut solo album, The Long Road Home, is set to drop Feb. 17 via Earache Records.

Are you hoping to catch Worsnop on tour with his solo record? Let us know in the comments below!