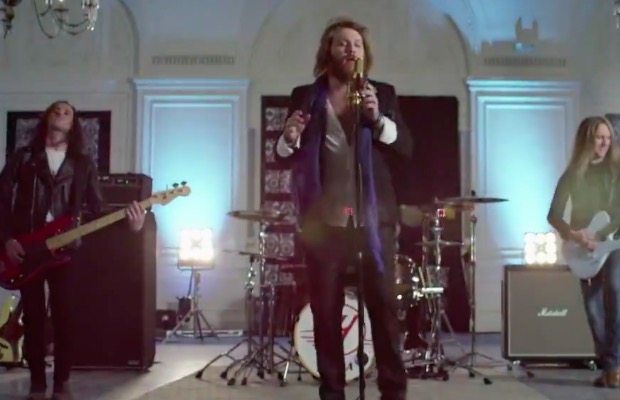 Asking Alexandria frontman Danny Worsnop does not seem to be taking a break. After reuniting with Asking Alexandria for the 10 Years in the Black Tour and releasing his first solo single “Mexico,” his rock side project We Are Harlot just released a short snippet of a new song, “Holding On Is Worse.”

Listen to the teaser below!

Read more: We Are Harlot respond to Worsnop’s return to Asking Alexandria: “We were pretty much blindsided”

We Are Harlot clarified in their Facebook video post that they’re still together making music and “of course we're going to tour our asses off in 2017!”

The group recently commented on Worsnop’s return to Asking Alexandria, saying they were shocked by his decision as much as the fans were.

“We were pretty much blindsided by all this in the same way. We saw and heard bits of things but found out in about the same way you all did,” the group said in their Facebook post. “Things change fast in the music business and many times a decision is made very quickly that changes everybody's schedules and futures.”

However, they promised new music by the beginning of next year, and Worsnop mentioned the same in his original statement.

“Rest assured, Harlot will not be sidelined in ANY way and know full well that you will have a new Harlot album in your hands by Feb. One way or another,” the group says.

By the looks of it, new music really is on the way. Check out their song snippet below.

What are your thoughts on the new track? Let us know in the comments!