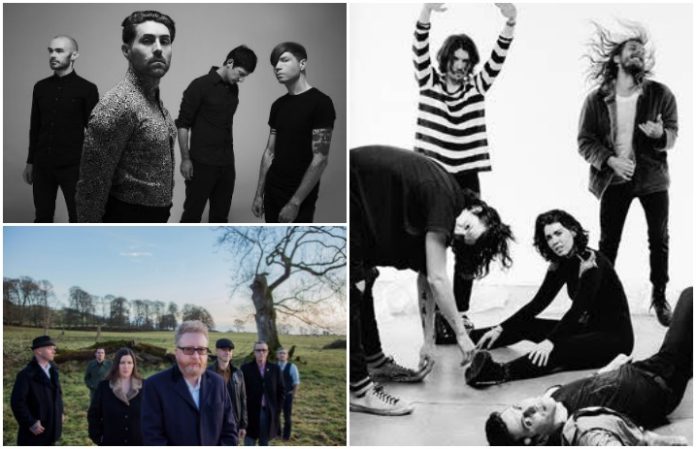 Glenn Danzig of the Misfits has announced the Blackest Of The Black Festival, AFI have tour support and Grouplove did an amazing thing for charity. Here's the news you might have missed today.

Read more: All That Remains announce spring tour and other news you might have missed yesterday

AFI have announced who will open The Blood Tour's second leg.

Nothing and Souvenirs are supporting. Dates:

Grouplove have raised over $40,000 for charity.

The band donated one dollar from each ticket sold for their previous tour to bring clean water. Their efforts brought clean water to 1,300 people.

charity: water is a non-profit organization dedicated to bringing clean and safe drinking water to people in developing countries.

Beginning May 4, the Life Is Good will hit the U.S. and Canada.

The band's new album, Life Is Good, is out June 2 via Vanguard Records.

Danzig have announce the inaugural Blackest Of The Black Festival.

Danzig and Ministry are currently confirmed, and a full announcement will come March 27.

The festival will take place May 26 and May 27 in Orange County, CA.

The song is taken from the UK band's How To Be a Human Being.

Glass Animals are readying for a full U.S. headline tour, with stops at Coachella, Firefly, Panorama and Bonnaroo.