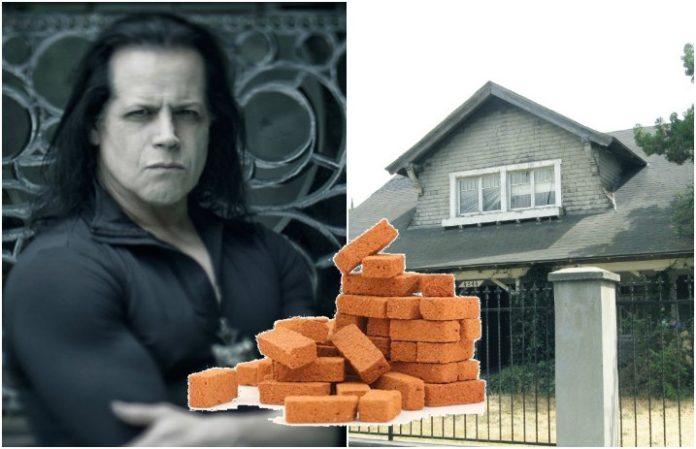 Danzig fans unite! Much has been made over the past few days regarding the fact that Glenn Danzig has apparently put his old house in Los Angeles up for sale. According to the home's Zillow entry, the asking price is $1.2 million.

However, there's now a fan campaign to try and buy the famed Misfits and Samhain founder's house… and then turn it into a kind of Danzig shrine.

That's right, as reported by Metal Sucks, Danzig fans have dreamed up an Indiegogo campaign in an effort to nab the house for a cool $666,666—which, obviously, is only half the asking price. If you want to contribute, check out the crowdfunding campaign site here, which specifies that the “plan is to leave the exterior intact, renovating the inside for curatorial displays and community use, and to hire a staff of minions and monsters to keep the crypt tight.”

The house's Zillow entry now shows the property as being “off market,” but that's seemingly not stopping this group of determined Danzig lovers from attempting to purchase Evil Elvis' old L.A. den and turn it into some sort of sacred monument to The Other Man In Black, “like a punk rock Graceland.”

“Let's preserve this place as the gothic shrine that it is,” the Indiegogo page reads. As shown in the campaign pitch video (watch it below), the fans also promise to “bring back the pile of bricks” to Danzig's house, which, we can't even… read about Danzig's much-lored pile of bricks at Metal Injection here.

Perhaps Danzig is in the market for a new home with a little more elfin blood, like when he bought Carl's house on Aqua Teen Hunger Force?