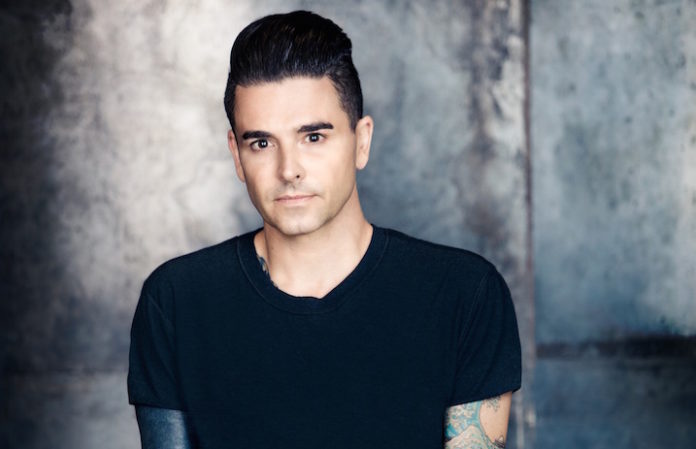 That's right: Dashboard Confessional are back. Chris Carraba stopped by Beats 1 to debut the band's new song, “We Fight,” taken from their forthcoming album Crooked Shadows, set to be released Feb. 9.

Carraba tells Beats 1's Zane Lowe that that the record took a few years to piece together, “a week at a time,” with “We Fight” being one of the last tracks they wrote for the record.

“It’s a weird thing when you write a song; you think you know what it’s about, but you don’t until some months later sometimes. So, I thought for sure it was just about how I found a place in the world, which was worth fighting for, which was the music scene that I come from,” Carraba says.

However, in this political climate, he realized people have beliefs worth standing up for, and that's what this track is all about.

“Almost days after writing that song, America started to feel really regressive somehow. And all these great strides we made during the last administration had been threatened to be undone and I realized that people have beliefs worth protecting, worth standing up for and I found a residence in that,” Carraba says.

Listen to “We Fight” below:

Plus, they talk more about the sound they're pursuing on their new album, Crooked Shadows, and that sense of “urgency, that drive” is present across the whole album. The record was created in a basement, rather than a studio, and they let the songs just happen to capture “that conviction you have when you’ve just written something.” He says it will “probably not be the best you’ll ever sing it,” but he does say it’s “probably the most you’ll believe in it.”

“Even though there are songs that feel different—there will be ballads of course—there will be heavy songs that sound similar to 'Crooked Shadows' and 'We Fight,' but I think the immediacy was the idea,” Carraba says. “Those first records I made where it was just me and the microphone like you have at your studio and that’s it. And a closet to stand in to try to get some reverb. I wanted that but with a full band. Just write a song, go right in. Guys don’t know it yet but they’re going to learn it by the end of the track. You hear the band, the songs forming. They have life to them.”

Check out Crooked Shadows' tracklisting below:

And hear Carraba's interview with Beats 1 below: