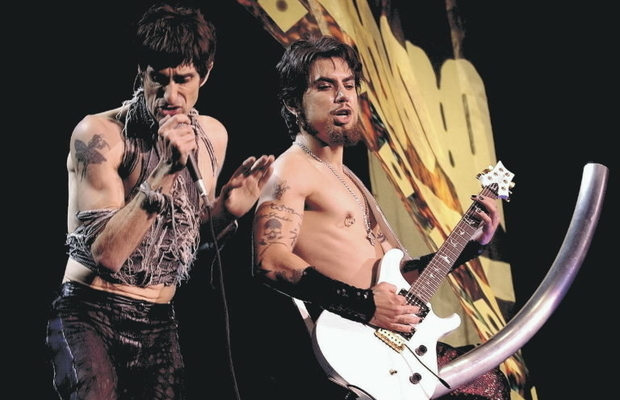 Dave Navarro is furious with TV host and reporter Geraldo Rivera for running a TV episode about the murder of his mother without permission.

The most recent episode of Rivera’s true crime series, Murder in the Family, talks about the death of Dave Navarro’s mother by her ex-boyfriend.

Read more: Tim Lambesis: As I Lay Dying fans are not supporting who I once was

John Riccardi murdered both Constance Navarro and her friend in Los Angeles, California, in March of 1983. It took around eight years for him to be captured. Navarro was only 15 at the time.

While the Jane’s Addiction guitarist had previously opened up about his mother’s death in the 2015 documentary, Mourning Son, he had turned down Rivera’s request to participate in Murder in the Family.

According to Consequence of Sound, Navarro responded to Rivera decision to run the episode in a now deleted Instagram post. He said Rivera opted “to run [the episode] anyway with inaccurate facts and total abandon for the triggering effect a program of this nature could have on the families.”

“I understand that true crime is a big moneymaker, in fact I am a fan of programs such as this, but when they chase down the dollar instead of having the feelings of the loved ones in mind, that’s when I have to say something,” he added.

“I’m personally ok as I have told this story myself in my documentary #MourningSon but this is an opportunity to stand up for the other families that don’t get a choice whether or not they have their stories told to millions without their consent!”

Below, you can watch a CNBC interview with Navarro, where he discuses the loss of his mother: