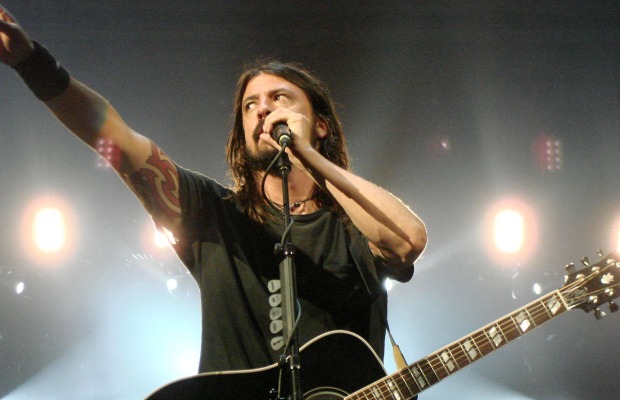 Dave Grohl's jovial onstage behavior has gone viral once again. This time, the Foo Fighters frontman took it upon himself to jokingly “adopt” a fan from the crowd during a recent performance—watch some video down below.

On tour behind their latest album, Concrete And Gold, Foo Fighters were rockin' Cynthia Woods Mitchell Pavilion in Houston, Texas, last week when the musician and former Nirvana drummer noticed an apparently fatherless fan brandishing a sign which read, “No dad—be mine?”

“What? Dude, I have three kids,” Grohl reportedly reacted from stage, as recounted by the New Musical Express. “You wanna be my fourth kid?” The frontman continued, right in the middle of a low-key performance of “Big Me,” “For the next four minutes, I'm gonna… fucking, I'll be your daddy.”

The fan, who's name is Landon, later told the Houston Press, “I came here like, you know what, this is my first time being in the pit, I gotta do something, I want to get this guy's attention because Dave Grohl is, like, my idol. So, I think, hey, let me make a sign, and I felt like it would get his attention.”