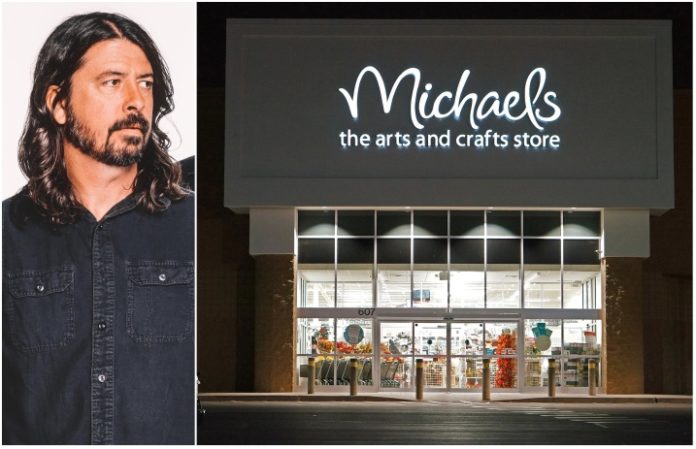 This is a call to all my arts and crafts lovers: Foo Fighters main man Dave Grohl apparently shops for his art supplies, assorted beads and random knitting provisions at ubiquitous arts and crafts retailer Michaels. Just like us!

Based on a recent photo, it looks like one lucky fan ran into the former Nirvana drummer while he was straight-up getting his craft on at one of the national chain's many locations—and the internet is having a field day with Foo Fighters-related craft shop quips. Now, where are the magic markers?

According to NME, a friend of the crafty Foo fan and Michaels patron posted the below image to Reddit. Captioned, “My friend ran into Dave Grohl at a Michaels craft store,” it shows the beaming customer alongside a caught-in-the-craft Grohl. Obviously, Reddit wasn't gonna let this go un-punned:

“There goes my hero, watch him as he sews,” reads one commenter's amusing response. “Is someone knitting a vest, a vest, a vest with you?” reads another. Take a look at some of the top comments in the pic, and read the rest here.