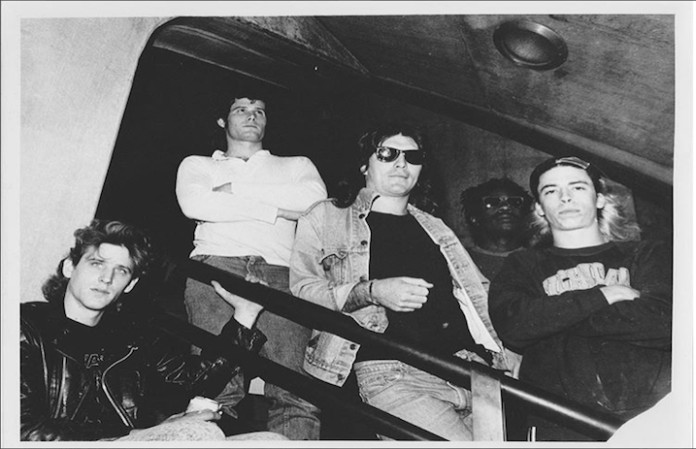 Most of us hear Dave Grohl and immediately think Foo Fighters. But Grohl had a band before Foo Fighters. They were a D.C. punk band called Scream.

Read more: Dave Grohl talks joining Nirvana, how he ended up in Seattle

According to Consequence Of Sound, the band's 1998 album No More Censorship is being rereleased April 27. It was brought back for Record Store Day last year, and now we're getting another chance at snagging this piece of history for good.

Fans will get a chance to revisit the early days of #DaveGrohl’s drumming on a reissue of his first album with Scream, 1988's No More Censorship: https://t.co/ZYaTpKZyjR pic.twitter.com/bbOMDHhbTx

The album was dedicated to Scream's photographer Naomi Petersen, who found the original tapes, passed them along to Scream's vocalist Pete Stahl (our boy Grohl was back on drums then) and finally the tapes made their way into the lap of Grohl himself. He then remixed the tracks, thus producing what we will have April 27.

Consequence Of Sound also reported that the album will be accompanied by booklet feature photos, lyrics, poetry and personal writings from the band members. It's a perfect album for any Grohl or Foo Fighters' fan, the start of it all.

Will you be grabbing No More Censorship April 27? Comment below and let us know!