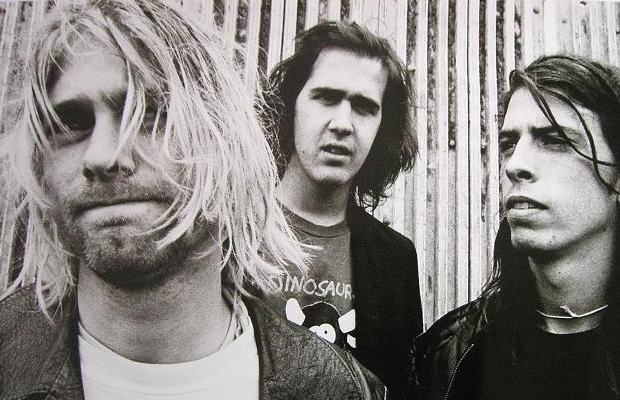 Dave Grohl has recently opened up about listening to Nirvana, the beginnings of the band and the meaning of Kurt Cobain's lyrics.

“Nirvana, for me, was a personal revolution,” Grohl tells the British GQ. “I thought I knew everything. And being in Nirvana showed me how little I really knew.”

The Foo Fighters frontman revealed how hard it was to deal with Cobain's suicide, in April 1994.

“For years, I couldn’t even listen to any music, let alone a Nirvana song,” Grohl says. “When Kurt died, every time the radio came on, it broke my heart.”

Still today, listening to the band's music is hard for him.

“I don’t put Nirvana records on, no. Although they are always on somewhere. I get in the car, they’re on. I go into a shop, they’re on,” Grohl explains to GQ.

“For me, it’s so personal. I remember everything about those records; I remember the shorts I was wearing when we recorded them or that it snowed that day,” he continues. “Still, I go back and find new meanings to Kurt’s lyrics. Not to seem revisionist, but there are times when it hits me. You go, 'Wow, I didn’t realize he was feeling that way at the time'.”

Grohl also opened up about the fast growth of Nirvana.

“No one thought Nirvana would be a big deal,” the musician revealed. “And anyone who says they did are full of shit. No one had a clue. So when everything went crazy, when the world started coming to us, when that whole wild ride started happening, it gave me a licence to never have to listen to anyone ever again. From that moment on, no one has ever told me what to do.”

“In 25 years, I have never had anyone ever say to me, ‘Oh, Dave you have to do this.’ Fuck you, motherfucker. I’m the president of my record company [Roswell Records]. I own my entire back catalogue. I get to say when we do this, when we do that,” he says. “So if something needs doing, I’ll just do it myself. If I want to write a 25-minute instrumental, write all the music, play all the instruments, film it and then, guess what, maybe never even release it? I’ll do it. Just because I can. That’s why.”

Watch more: Chris #2 of Anti-Flag talks about the music he just can’t listen to anymore