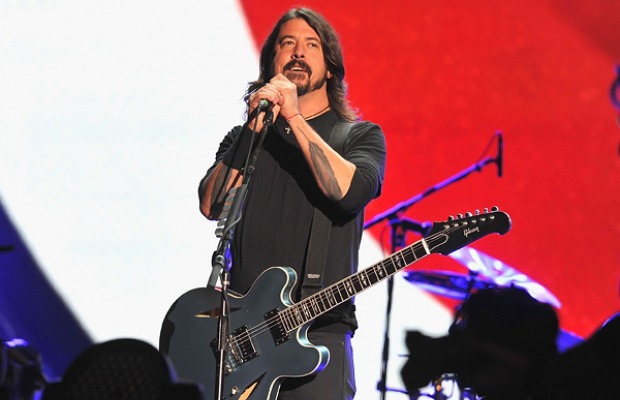 According to accounts from attendees, cameras were present to film the performance. Though Grohl did not specifically acknowledge why, the Nashville Scene reports that the Foo Fighters are recording each track of their new album in a different city, and documenting the road trip and recording sessions as they go. This would certainly explain two surprise performances in two entirely different cities back to back, and would suggest that more are to follow.

While Dave holds direct ties to DC, hailing from its northern Virginia suburbs, he has also been spending more time in Nashville in recent months, producing and drumming on music for the Zac Brown Band and even taking time to appear at the CMA Awards.

The Foos are no strangers to documentaries or secret shows, having released the Grammy-winning doc Foo Fighters: Back and Forth back in 2011, and, most recently having ended their 14-month hiatus with a two and a half hour surprise performance at a tiny California pizza joint. Additionally, Grohl himself produced and directed the critically acclaimed 2013 documentary Sound City, and recently played a tiny secret show in Brooklyn with his fellow surviving Nirvana members, following their Rock And Roll Hall Of Fame performance and induction.

Below, check out Dave's Nashville secret show setlist (via The Tennessean), as well as a few Instagram photos and a video clip from the lucky few in attendance.