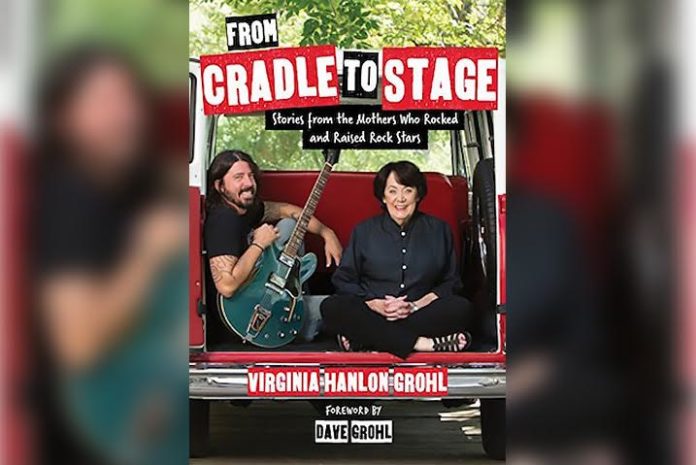 It’s probably crazy seeing your child reach rock stardom, and Virginia Grohl, mother of Dave Grohl, is giving the world an inside look into a mother’s mind in her new book From Cradle To Stage: Stories From The Mothers Who Rocked And Raised Rock Stars.

In the book, Grohl wanted to share what goes through a mother’s mind as her children climb the musical ranks and, according to the book's preorder, calls upon other rock star moms to answer some of the most important questions: “Were they as surprised as she was about their children's fame? Did they encourage their children's passions despite the odds against success? Do they remind their kids to pack a warm coat when they go on tour?”

The other rock star moms she recruited for the book include Marianne Stipe, the mother of REM's Michael Stipe; Janis Winehouse, Amy Winehouse's mother; Patsy Noah, Adam Levine's mother; and Hester Diamond, the mother of Mike D of the Beastie Boys.

According to the book's preorder on Amazon, From Cradle to Stage includes exclusive family photographs and a foreword by Dave Grohl. The book is set to be released April 25 of next year and is available for preorder here.