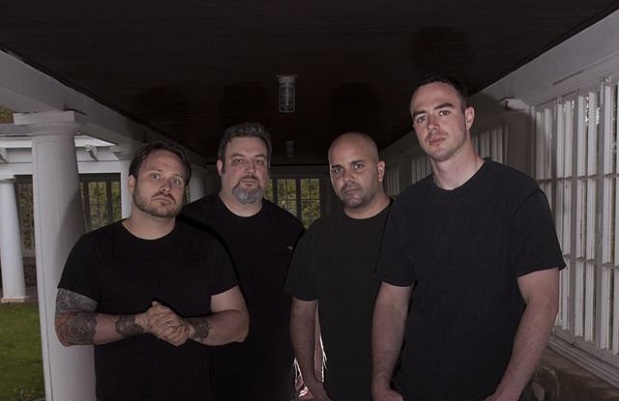 Warwick, NY’s Davenport Cabinet have announced their new full-length album, Damned Renegades, to be released on September 30, 2014 via Equal Vision Records. Coheed And Cambria guitarist Travis Stever founded DC in 2007 as a solo project and has since expanded it into a full-band endeavor, releasing 2013’s Risks In Magic EP, 2013’s Our Machine and 2008’s Nostalgia In Stereo along the way.

Pre-orders are forthcoming next month on MerchNOW.

“This song is a great example of the organic process of this album,” says Stever of their lead single, streaming below. “I recorded a basic outline of the guitars and showed them to Tyler [Klose, vocals/guitar]. He was so excited about it that he came up with a vocal melody and lyric ideas on the spot. Once we knew we had something it became open season for the other fellas to add their flavors. Musically it showcases the coherence and vitality of the group. The subject matter of the song is something we can all relate to. When falling victim to our personal demons we all have to deal with the judgment of ‘Everyone Surrounding.'”

Check out the song and full track listing: