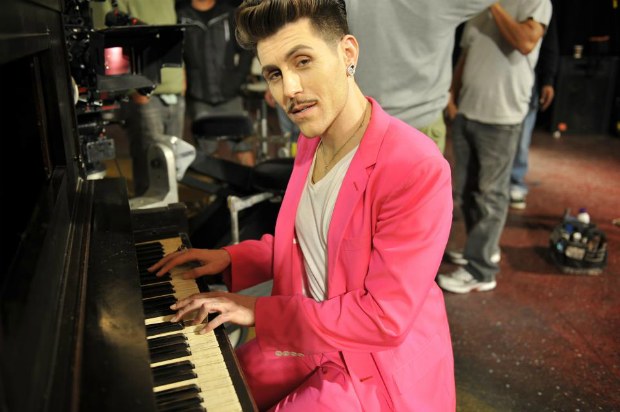 AFI vocalist Davey Havok is apparently working on a movie script with director Travis Kopach, according to Kopach's twitter feed:

Working on a feature length film script with the talent @DaveyHavok & doing a pop up video interview for the @michellebranch vid. #lifeisrad

We'll keep you posted on this project as more details emerge.