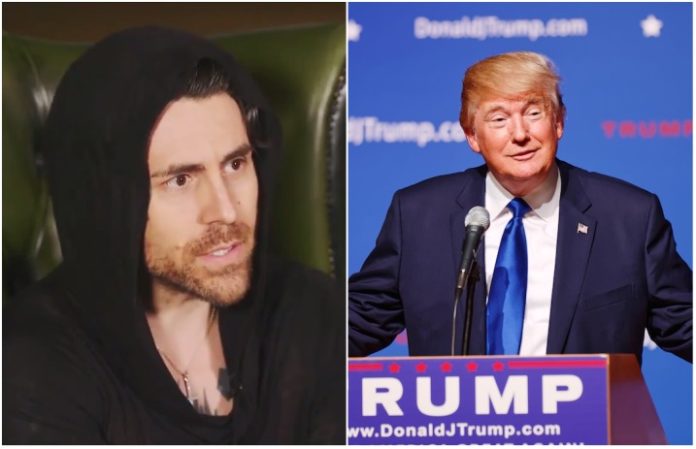 Davey Havok says we're living in a “very sad time” right now, and he underscores the importance of creating an emotional connection with fans in America's currently “oppressive climate.” See his comments below.

In an interview video with the NME posted to Twitter today (titled “Davey Havok On Living In Trump's America”), the outspoken musician from AFI, DREAMCAR, Blaqk Audio and XTRMST sounds off on what he feels is his duty to provide a spiritual escape for listeners and concertgoers during a trying time for the country's disenfranchised.

“To provide some sort of shelter, especially in the modern climate, especially in America… for those who feel alienated or feel marginalized is really fantastic,” he says. “We recently did a tour and a lot of people said that coming to the shows gave them a feeling of connection and a feeling of escape from a really oppressive climate right now.”

While Havok claims he never specifically set out to utilize his music as a political salve for estranged citizens, he does speak to the importance of providing a safe atmosphere for his listeners to let go of their political fears.

“Specifically, in regards to that climate, it's not anything that we've ever directly attempted,” he says. “But in the greater ethos of what we do, to provide that sort of shelter or release is something that I would hope we could achieve—and to achieve that at a very, very sad time that we're in right now.”

And, hey, we all need a release when the president is lewdly threatening nuclear war on Twitter, right? Watch the clip of Havok's sober NME interview below, and let us know what you think in the comments.