David Bowie passed away on Jan. 10, 2016 at 69 years old, just days after the release of his 25th studio album, Blackstar. The impact and influence of his discography on music is hard to measure. So, obviously, movies about his life are going to come.

Bowie’s life has been captured on film before, including HBO documentary The Last Five Years, released in 2018. However, there’s another movie in the works that focuses on a very specific time in his life: The British musician’s first trip to the United States, in 1971.

As Slashfilm reports, the new biopic will be called Stardust and cover Bowie’s first visit to the United States. The singer toured the country in 1971 to promote his third album, The Man Who Sold the World. Stardust will follow Bowie during the publicity run, during which he created Ziggy Stardust, one of his best-known characters.

The movie already has its lead actors, writer and director. Johnny Flynn (Lovesick) will play Bowie, while Marc Maron will be his publicist and Jena Malone will be Bowie’s first wife, Angie.

Christopher Bell will pen the script and Gabriel Rang is set to direct the biopic. Salon Pictures is the production company.

All seems good, right? Not really. Bowie’s and Angie’s son, Duncan Jones, isn’t too sure about the movie.

Replying to a story about the biopic on Twitter, he explained he isn’t aware of it. Although he doesn’t dispute that the film is happening, the production company apparently doesn’t have the rights to use the singer’s music and performances.

“Pretty certain nobody has been granted music rights for ANY biopic… I would know,” the filmmaker shared.

“Im not saying this movie is not happening. I honestly wouldn’t know,” Jones continues. “Im saying that as it stands, this movie won’t have any of dads music in it, & I can’t imagine that changing. If you want to see a biopic without his music or the families blessing, thats up to the audience.”

Im not saying this movie is not happening. I honestly wouldn’t know.
Im saying that as it stands, this movie won’t have any of dads music in it, & I can’t imagine that changing. If you want to see a biopic without his music or the families blessing, thats up to the audience.

Following the tweets, the producers of Stardust shared a statement with Entertainment Weekly clarifying their plans for the movie.

“We would like to clarify that this film is not a biopic, it is a moment in time film at a turning point in David’s life, and is not reliant on Bowie’s music,” producer Paul Van Carter explains, saying it will use period music and songs the singer covered, but no original tracks.

“The film was written as an ‘origins story’ about the beginning of David’s journey as he invented his Ziggy Stardust character, and focuses on the character study of the artist, as opposed to a hits driven ‘music’ biopic,” Van Carter tells EW. “We’re not using any Bowie music.”

The producer continues, saying they knew they weren’t going to use Bowie’s music because the musician’s estate wouldn’t approve it.

“We offered to send the screenplay and make the estate involved in the creative process,” he explains. “We were told there wouldn’t be approval from the estate… the estate doesn’t [typically] license Bowie’s music.”

Who could do a Bowie biopic, then?

As Van Carter notes, Bowie’s estate doesn’t usually license his music. However, Jones has some ideas on who he would like to see make a movie about his father.

Neil Gaiman and Peter Ramsey. Yes, according to Jones, the writer and director know where to find him if they wanted to work on a film about Bowie.

“If @neilhimself wanted to write something using dad’s characters, and @pramsey342 and his team wanted to make it as an animated film, I would urge everyone on my end to pay attention and give the pitch serious consideration,” he shared.

If @neilhimself wanted to write something using dad’s characters, and @pramsey342 and his team wanted to make it as an animated film, I would urge everyone on my end to pay attention and give the pitch serious consideration. 😉 https://t.co/WdpuL1o7z7

And he already has answers! (Although it’s not a ‘yes’ yet).

You are the best. Thank you.

I’m…wait — wha?!? What universe have I stumbled into?

Answering a fan who said Jones himself should do it, the filmmaker repeated the offer.

You are on the wave right now. Everything is yours for the asking. You have choices upon choices… but if you will, consider it. I think you could make something… as special as what you just accomplished with Spider-Man: Into the Spider-Verse.

What do you think? Would you like to see Gaiman and Ramsey work on a Bowie biopic? Sound off in the comments! 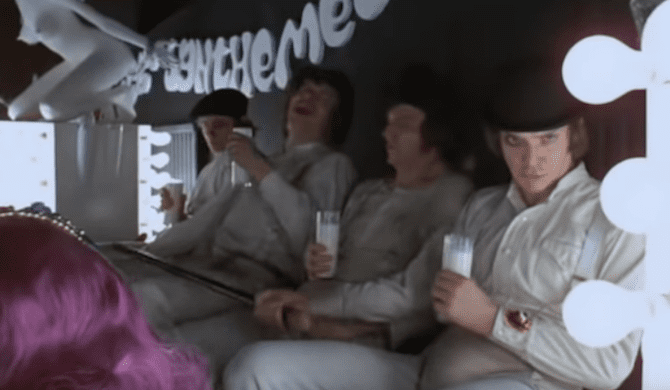