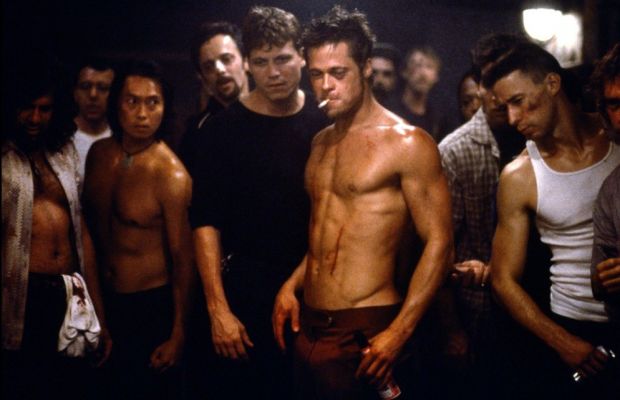 We're kind of breaking the rules here by talking about Fight Club, but author Chuck Palahniuk knows the following his creation has and he's been keeping it alive in various forms ever since it all started with his novel in 1996. Fight Club 2, the comic book sequel, is coming up on its third issue this next week but the most recent news involving Tyler Durden and his desire for chaos is that involving a new, musical adaptation of the story that could potentially be heading to Broadway.

David Fincher, who directed the cult favorite film adaptation of Fight Club from 1999, has a long-standing working relationship with Nine Inch Nails frontman Trent Reznor. Reznor has scored and won awards for Fincher's The Social Network, The Girl With The Dragon Tattoo and most recently, Gone Girl. The two are becoming synonymous like Tim Burton and Danny Elfman, so it's really no surprise that the duo should collaborate yet again on a more unique project such as this: a rock opera. Chuck Palahniuk himself confirmed the news on a San Diego Comic-Con panel last week that Fincher will be working on the stage version with Reznor providing the music. Theater director, Julie Taymor (The Lion King), is also said to be attached.

So @chuckpalahniuk told me he's working with David Fincher & @trent_reznor to do a #FightClub rock opera – an enhanced version of the film!