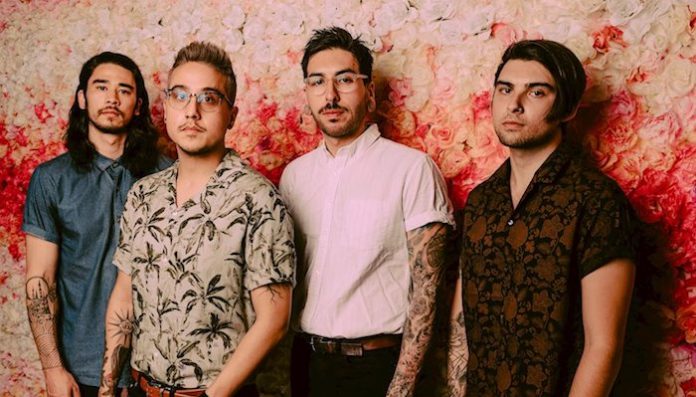 After wrapping up a massive U.S. tour alongside Wage War and Like Moths To Flames and the release of their fourth full-length album, Sleeptalk, Dayseeker were seamlessly on track to have an incredible 2020. Unfortunately, following the tour, the group’s van, trailer and equipment were stolen from vocalist Rory Rodriguez’s apartment complex in Fullerton, California.

In a post on Twitter, Rodriguez released a video detailing the crime and explained that the band’s insurance company was “completely unwilling to cover anything.” A GoFundMe was created to cover the lost gear.

One week ago, we had our van, trailer and most of our musical equipment stolen from us in Fullerton, CA. We’ve been searching day and night and nothing has come up. We’ve started a @gofundme in hopes of picking up the pieces of what’s left. Link below:https://t.co/66BYngd7Eh pic.twitter.com/5TVRPMZPvL

Their GoFundMe page details what was stolen and how fans can help them recover.

2019 was easily the best year of our career following the release of Sleeptalk. We have steadily been grinding and touring for the last 6 years and truly, it really started to feel like our band was hitting a turning point in our career, for the better.

That all changed 1 week ago when our van, trailer and most of our musical equipment was stolen from right outside my apartment in Fullerton, CA. This was our home on the road and our only way of being able to tour the country doing what we love the most.  We have stayed resilient in searching for the van/trailer and reaching out to friends and family for help but there have been absolutely zero signs of it anywhere.

Insurance is unwilling to cover anything that was taken from us and we are absolutely devastated at the moment. We’ve owned the van for a year and a half and had paid 2/3 of it off but we still owe for it and will continue to make payments despite it being gone. The trailer was purchased only 2 months ago and we paid for it entirely upfront. We invested thousands of dollars into a new live setup with wireless in ear monitoring and only got the chance to use it once for our most recent tour with Wage War. Mike’s entire drum kit, cymbals, hardware and Ramone’s head and his pedals – all gone with no signs of where it could be.

All donations will go directly towards purchasing a van, trailer and hopefully replacing all the equipment that was taken from us. We know this is an insane amount of money to shoot for but the honest truth is, this isn’t even the total sum of how far in the negative we are at currently. We have another tour coming up in March with We Came As Romans and if we are unable to find a solution quickly, the future of our band is very, very uncertain. This is the last thing we would ever want to do as a group but tragically, we have no other options. Any amount donated will help us get back on our feet tremendously. We promise to find a way to thank you and repay you for helping us in our time of need. All that being said, if anyone is able to lead us back to our van, trailer and equipment, we are happy to offer you free, lifetime access to all future Dayseeker shows and a cash reward. Regardless of what lies in the future, we just want to say we love you so much and appreciate you more than you’ll ever know.

Since the group’s original statement, Rodriguez shared an update that their trailer was found in Ventura, California. However, a majority of their equipment and van have still not been located.

Update : Trailer has been located! Van/Equipment is still missing but this is a small victory for us. GoFundMe is still up and running for anyone who wants to help out!https://t.co/09ISZwkRMK pic.twitter.com/M6mIbmBdos

You can make a donation to the band’s GoFundMe page to help recoup their losses.