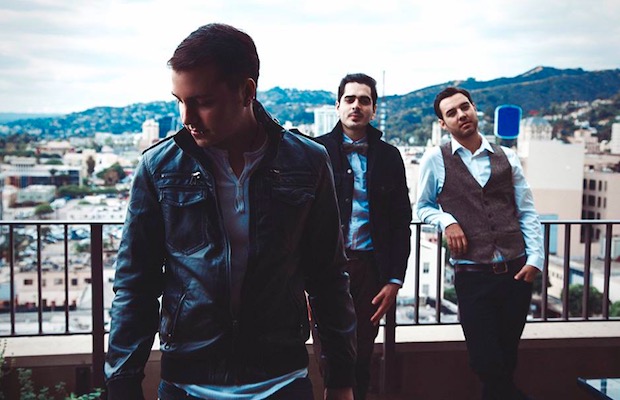 DayShell have parted ways with guitarist Tyler Shippy, citing that it was his personal decision to leave. You can read an official statement from the band below. Be sure to leave us a comment with your thoughts!

It's worth noting that while Shippy was an official member, he is not credited with contributing to the writing or recording process of the band's self-titled debut album, which was released in 2013.

The band are currently continuing work on their sophomore full-length, which is due out later this year.

Hello to our wonderful DayShell family!
I am writing this to let you guys know that Tyler Shippy will no longer be apart of DayShell.

It was his personal choice to leave the band, it's really hard to balance the struggles that can come with being in a band and tying to living a normal life.

Shayley, Jordan and I have no plans on stopping and we will continue to write and record our next album as planned. The three of us wrote and recorded our first album and we can do it again.

Being in a band and pursuing your dream comes at a price, we've all sacrificed so much for this and so have our families in order for us to do this. As long as we have you guys, our amazing fans we call family we are unstoppable.

Our buddy Nick Rossi from the band City In The Sea will be filling in for Tyler at Soundwave. He's a killer player and we are thankful he is helping us out to do this tour.

Continue to believe in us because we believe in ourselves and believe in all of you. Cheers to this next record and chapter of DayShell,