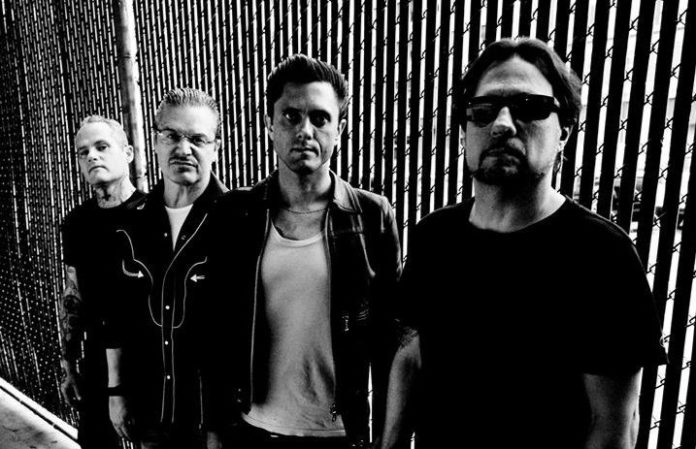 Dead Cross, the thrashy hardcore/metal supergroup from Faith No More's Mike Patton and ex-Slayer and Suicidal Tendencies drummer Dave Lombardo, just surprise-released a new, self-titled EP—check it out below.

The new EP contains two new tracks and a couple of remixes off the (also self-titled) 2017 debut album from the band that includes the Locust's Justin Pearson on bass and Retox guitarist Mike Crain, as reported by Metal Injection.

It's available digitally now, and a limited 10-inch vinyl edition will be available on June 29. You can watch Dead Cross' accompanying music video for the EP's “My Perfect Prisoner,” via Louder, down after the new tunes.