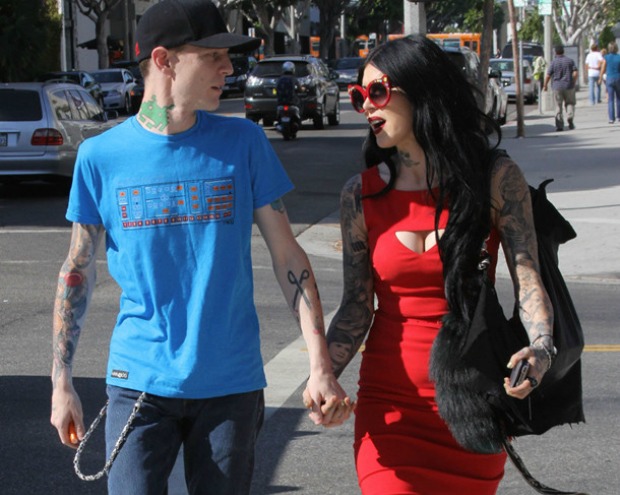 AP's editor-in-chief, Jason Pettigrew, sat down with Deadmau5 for the upcoming issue, but it looks like the outspoken musician kept a little something to himself. The electronic wunderkind was spotted yesterday in Los Angeles with his new main squeeze, Kat Von D, the tattoo artist who's famous for her television show LA Ink and for dating the former Mr. Sandra Bullock, Jesse James. After several days of tweeting and instagramming, the couple finally stepped out together, confirming what Hollywood has long suspected. (And by long we mean for like a week.) Deadmau5 even posted an entire Facebook album of pictures he took of his new lady friend. Even us jaded cold-hearted folks at AP gotta admit this new Kat and Mau5 (yeah, we know) look pretty adorable.

Best of luck to the new couple.We see lots of love and some matching tattoos in your future. But Kat, please don't get a childhood picture of Deadmau5 tattooed on your armpit. One is enough.