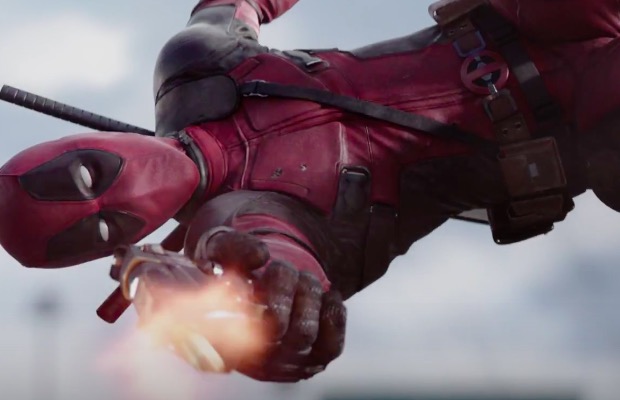 There's nothing we love more than Deadpool, except maybe this Deadpool 2 poster that's easily the most Deadpool thing we've ever seen. (How many times can we say Deadpool in one sentence? The limit does not exist.)

The teaser features Deadpool in a Flashdance-inspired pose, with a raining down of bullets to finish off the epic photo.

It's captioned: “Take your passion. And make it happen.”

Take your passion. And make it happen. #Deadpool

The flick released a teaser way back in March of last year, and as expected, the entire teaser is hilarious—watch it all the way to the end for a brief synopsis of The Old Man And The Sea. It also features a ton of comic references and easter eggs and a cameo by the one and only Stan Lee.

See how many easter eggs or references you can spot in the video below. We'll start you off with a hint: look at the writing on the phone booth.

Now we'll just excitedly await for that May 18 release, and let's be real: We're stoked.