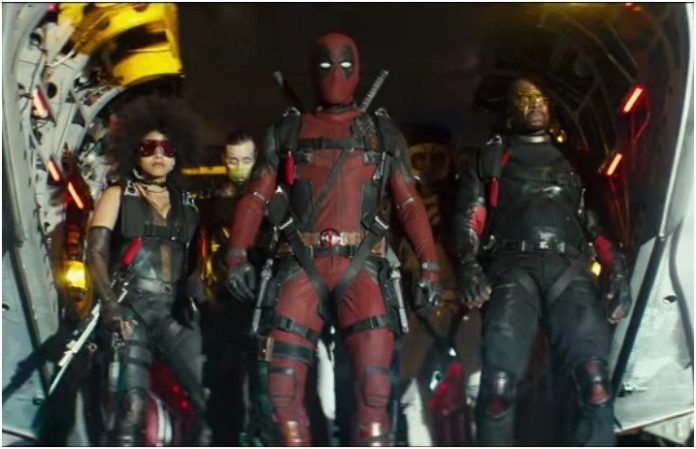 The wise cracking and fourth-wall breaking mercenary is back and this time, it looks like he’s bringing his own team of superheroes in the new, violent and of course, hilarious, trailer for Deadpool 2.

Read more: Wait ‘til you get a load of these ‘Deadpool’ Funko Mystery Minis

We’ve missed the “Merc with a Mouth” and we’re pretty stoked on the trailer for the upcoming sequel, out May 18.

The trailer opens with Wade Wilson’s alter ego, Deadpool, crashing through a window of a taxi as he attempts to run away from a mob. More mayhem ensures, showing Wilson going into his fiancee Vanessa’s (Morena Baccarin) apartment apologizing for being late as he was “ rounding up all the gluten in the world and launching it into space where it can’t not hurt us ever again.”

After saving the world from the evils of gluten, Wilson has a bigger problem to face: A mutant soldier, Cable (Josh Brolin), who has kidnapped a boy. Realizing he can’t do it on his own, he enlists the help of a new epic team that he’s named the “X-Force.”

Deadpool 2 isn’t the only big-name movie that Marvel is producing this year. After the huge success of Black Panther and the upcoming Avengers: Infinity War movie – it looks like 2018 is going to be a huge year for the Marvel Cinematic Universe.

We’re not sure if Wade Wilson and his new team could beat their previous record for highest-grossing rated r film again, but we’re excited to see him attempt it.

Be sure to catch Deadpool 2 when it hits theaters on May 18!

Check out the trailer below: