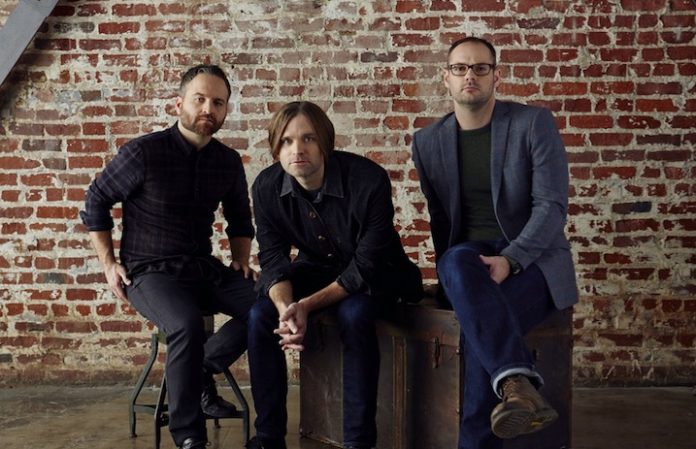 The day after the United States held its Second Presidential Debate, Death Cab For Cutie have released a new track, in which they are basically calling out Donald Trump.

The one-off single, titled “Million Dollar Loan”, is a reference to the notorious quote Trump gave early in his campaign last year, where he claimed to have built his fortune on a “small loan of a million dollars” he received from his father.

The lyrics target the Republican candidate saying things like “every ascension to a throne starts with a million dollar loan”, and “nobody makes it on their own without a million dollar loan,” but regardless of your political views, this song jams like your typical Death Cab tune, with Ben Gibbard’s soothing voice making you almost forget who he’s referring to.

The band put out a video accompanying the song, which also featured a direct statement from Gibbard:

“Lyrically, ‘Million Dollar Loan’ deals with a particularly tone deaf moment in Donald Trump's ascent to the Republican nomination. While campaigning in New Hampshire last year, he attempted to cast himself as a self-made man by claiming he built his fortune with just a ‘small loan of a million dollars’ from his father. Not only has this statement been proven to be wildly untrue, he was so flippant about it. It truly disgusted me. Donald Trump has repeatedly demonstrated that he is unworthy of the honor and responsibility of being President of the United States of America, and in no way, shape or form represents what this country truly stands for. He is beneath us.”

It is also apparent that the single comes as the first in a compilation called 30 Days, 30 Songs, in which artists have teamed up to drop a new song every day until the election.

“30 Days, 30 Songs will feature one song per day from October 10 until Election Day. The artists are united in their desire to speak out against the ignorant, divisive, and hateful campaign of Donald Trump. Stay tuned over the coming days as the playlist unfolds, and don't forget to go vote.“

The release is the first coming from the Bellingham, Washington group since their 2015 full length, Kintsugi.

You can hear the new track, which premiered over at WFPK, and watch the music video below! Let us know how you feel about it in the comments!