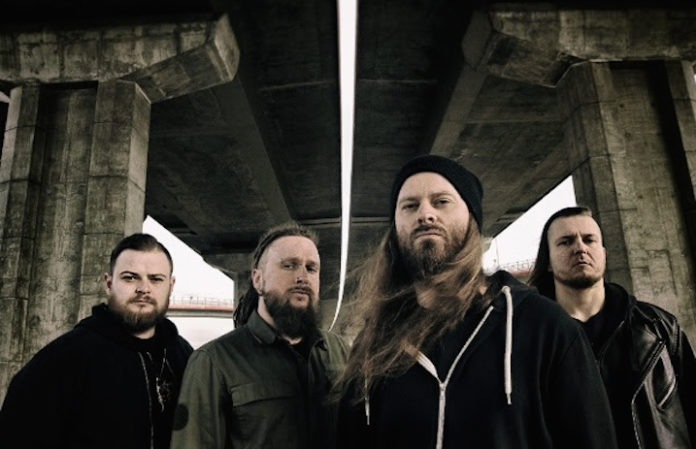 Polish death metal group Decapitated have issued an official statement on Facebook following all four band members' arrest on suspicion of kidnapping and alleged sexual assault after an Aug. 31 concert in Spokane, Washington.

As reported by WLS-TV, the Decapitated members appeared in a Los Angeles court on Tuesday, facing extradition to Washington on the potential charges. The extradition could apparently take up to 30 days. The band were arrested after their Sept. 9 show in Santa Ana, California, and are currently in police custody in Los Angeles County. Read the band's full statement below.

Disturbing new details are coming to light about the arrest of all four members of Polish death metal group Decapitated on Saturday, including allegations of sexual assault levied against the band, according to the Spokesman-Review.

Decapitated's members—Waclaw Kieltyka, 35; Michal Lysejko, 27; Rafal Piotrowski, 31; and Hubert Wiecek, 30—were arrested after a Sept. 9 show in Santa Ana, California, with a potential charge of first-degree kidnapping. The band were on a U.S. tour with Thy Art Is Murder (via Theprp.com).

The band's original arrest was on suspicion of kidnapping a woman who is believed to have attended their Aug. 31 concert at the Pin in Spokane, Washington. As reported by the Orange County Register, court documents released on Monday say the woman alleges she was “raped by band members in their tour bus bathroom” and that “the woman entered the bus for drinks with the band before each member forced themselves on her.”

Steve Graham, the attorney representing the band, said of the new accusations: “Decapitated plan to fully fight the allegations that are brought against them, and we are fully confident that the other side of this story will be heard.”

The Decapitated members are currently being held in a Los Angeles County jail and are facing extradition to Spokane. According to the Spokesman-Review, police say that additional charges against the band are possible.

Polish metal group Decapitated were arrested on Saturday, Sept. 9, in Santa Ana, California, based on reports of the band kidnapping a woman after their performance at the Pin in Spokane, Washington, on Aug. 31.

The woman in question reported the kidnapping before 2 a.m. on Sept. 1, Spokane Police Department spokeswoman Clp. Teresa Fuller told the Spokesman-Review. It is believed the woman attended the show, which was the Spokane date of Decapitated's tour with Thy Art Is Murder and Fallujah.

KREM reports that band members were taken into custody “without incident.” They are currently in police custody at Los Angeles County Jail awaiting extradition to Spokane. The Spokesman-Review reports that the case is still under investigation, leaving open the possibility of additional charges.

Decapitated have hired attorney Steve Graham, who made comment to the Spokesman-Review. “There is another side to this,” he says. “We have witnesses that can testify to the fact that the accuser came to visit band of her own free will and left on good terms.” Grahams says he told police that the band members had offered to surrender but never heard anything back. “I made it clear that I could get the guys up here ASAP and they would cooperate.”

Graham says he's concerned that the band will “languish” in the L.A. County Jail for weeks before being returned to Spokane, but he added that the four members will not fight extradition and will return to Washington willingly.

This story will be updated as more information becomes available.