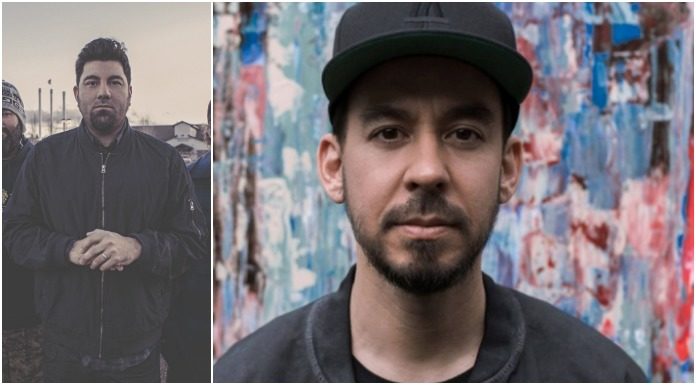 Joining Shinoda on the new track is Deftones’ frontman Chino Moreno and Machine Gun Kelly. “Lift Off” is taken from Shinoda’s new album, Post Traumatic, out now. You can purchase your copy of it here.

Listen to “Lift Off” below:

Shinoda recently shed light on Linkin Park’s future in an interview on iHeartRadio’s Inside The Studio podcast.

Earlier this year, Shinoda posted a tweet saying that he had “every intention” of continuing Linkin Park after the tragic loss of Chester Bennington. Today, he doesn’t seem as sure of the band’s future, saying:

“I don’t know,” Shinoda shared. “That’s the million-dollar question, right? And, unfortunately, I’ve said it before, but, there aren’t any answers to that at this point. It would be awesome if there were. That would be really easy.”

What do you think of Shinoda’s new album? Sound off in the comments below!