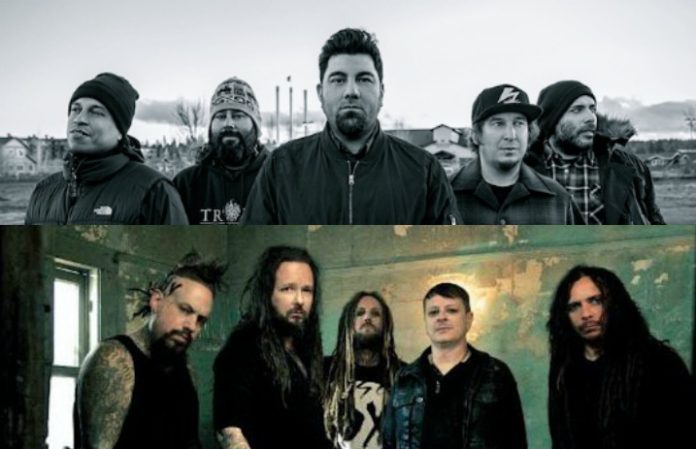 No band enjoys being labeled into one broad category, but separating music industry equals from your friends can be tough if two bands rise to fame under the same circumstances. This is the case for Deftones and Korn—two bands that outlived and redefined the era of nü metal. But Deftones lead vocalist Chino Moreno never wanted to be clumped into the genre.

In fact, operating under the guise of nü metal was exactly what pushed Deftones to evolve their sound and search for new bands to tour with, according to Moreno. Not too long ago, Korn guitarist Brian “Head” Welch commented on his band’s relationship with Deftones, stating he didn’t think they were interested in touring with them.

When asked if they might tour together any time soon, Head elaborated on how their exchanges usually go.

Now in a recent interview with Metal Hammer, Deftones vocalist Chino Moreno and guitarist Stephen Carpenter delved further into their ties to nü metal (via The Prp). Carpenter indicated that at first, the genre didn’t matter.

“We didn’t really pay much attention to that. I remember when these subgenre names didn’t exist. It was just metal. So I don’t think we made a decision to step away from it—we’ve never paid attention to what anyone else was doing. We just did what we thought was right, and tried to make a killer album.”

However, Moreno was a bit more honest, noting that Deftones aimed to separate themselves from their nü-metal as a whole.

“We did make a very conscious choice of who we were going to play shows with. It was hard to be this young band and having to turn down tours. I can’t remember how many times I turned down Korn! And they got pissed at us. Jonathan (Davis, Korn’s lead vocalist) would say, ‘Why do you hate us?’ and I didn’t know what to say. I’d tell him, ‘Dude, I don’t hate you. I love you guys, you’re my friends. But I don’t want to tour with you. I don’t want to be on the Family Values with you and Limp Bizkit.’ The name of the genre was nü metal, so anything that is new is one day going to be old. And I didn’t to be old with it.”

Though Defones will inevitably be lumped into the nü metal subcategory for the forseeable future, it’s interesting to finally hear Moreno’s take on a long-standing question many metalheads have had considering the revival of nostalgic tours.Looks like if you want to see Deftones and Korn at the same venue, it’s going to have to be during a festival.

Watch more: Deftones on being fans and influencers