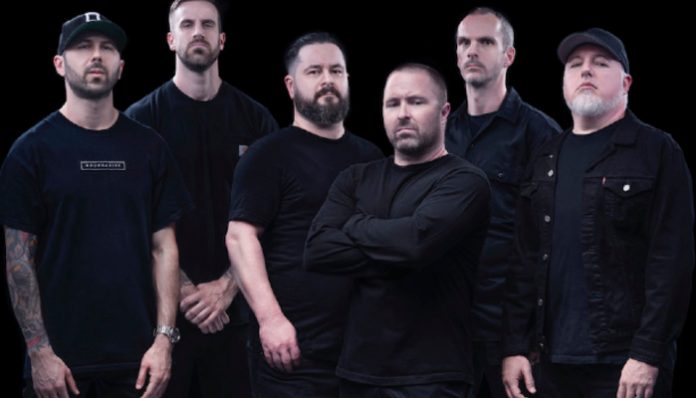 Montreal deathcore act Despised Icon are about to put out their sixth full-length record and second since semi-retiring, and they’ve got a new track to dive into.

The band’s new song “Snake in the Grass” is a burly straight-forward deathcore track with plenty of pig squeals and breakdowns.

The new track marks the second single from the Quebecois deathcore OGs following their first single “Purgatory.” In case you haven’t heard that first song or seen the music video, check it out in the player below.

With the band hitting their hometown for a massive show tonight alongside plenty of other death metal heavy-hitters, it’s a no-brainer they wanted to drop new material to head into the weekend with.

NEW SONG! Check out the 2nd single from the upcoming “Purgatory” album! This is “Snake In The Grass” 🐍🐷

“Purgatory” will be released on Nov 15th via Nuclear Blast Records. Order at https://t.co/jxsAx47cfB

The new track is a pretty standard old-school deathcore song with beefy breakdown riffs, ear-shattering pig squeals and some blast beats tossed in for good measure.

You can check out the new song in the player below.

Despised Icon’s upcoming album, Purgatory, is arriving November 15 via Nuclear Blast and can be pre-ordered here.

The band are also currently on a short tour with Suffocation, Kublai Khan, Ingested and Shadow Of Intent. Check out the remaining dates below and pick up tickets here.

What do you think of the new Despised Icon track? Let us know your thoughts in the comments below.