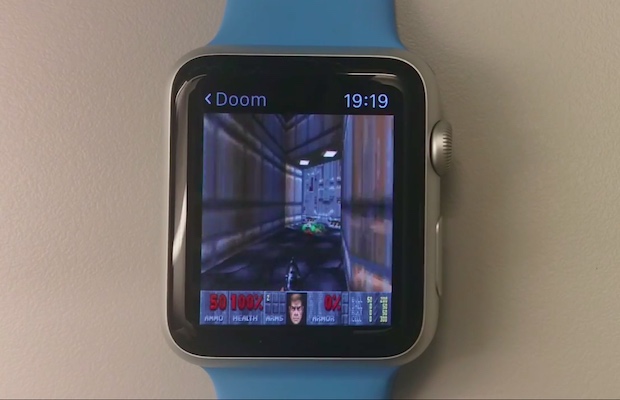 Anyone who grew up in a video gaming era pre-smartphone remembers the struggle of just nearly completing a level before having to run off to school. Sitting around in class all day thinking about that boss fight you got down to the last smidgen of HP was torture, and we couldn't wait to get home to try again. The last remnants of that cruel sensation just died, as Facebook developers have successfully managed to get Doom running on an Apple Watch.

The controls are definitely not all there, and it's running pretty slow, but who cares? It's Doom on a smart watch. This is like the James Bond shoe-phone of '90s gaming. Imagine how much better AP Chemistry would have been if you could have been playing a first person shooter on your freakin' watch instead of listening to a lecture?