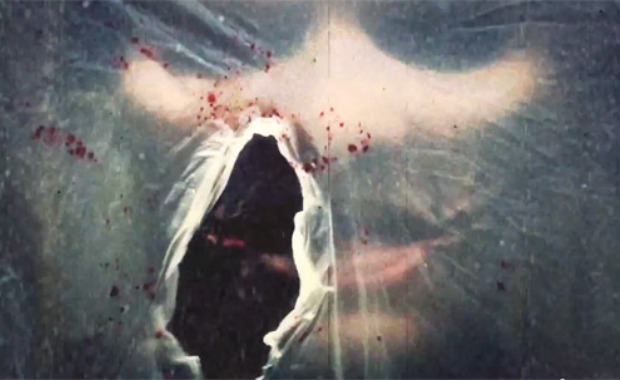 Earlier this morning, Slipknot debuted a music video for their single, “The Devil In I.” As blatantly seen in the video, the band's yet-to-be-announced bassist and drummer are present, along with their identical masks. However, after some further investigation (and some solid pause/play skills), it looks at though the people over at the PRP, Lamgoat and MetalSucks have unveiled the bass player as Alessandro ‘Vman’ Venturella via a distictive screenshot of the musician's hand tattoo. You can check out a comparison below.

In addition to performing in the metal group Krokodil, Venturella has also assumed guitar tech duties for big-name metal acts such as Mastodon, Deftones and Anthrax.

What do you think? Is Venturella Slipknot's new bassist?

Slipknot will release their fifth full-length album, .5: The Gray Chapter, on October 21 via Roadrunner Records.