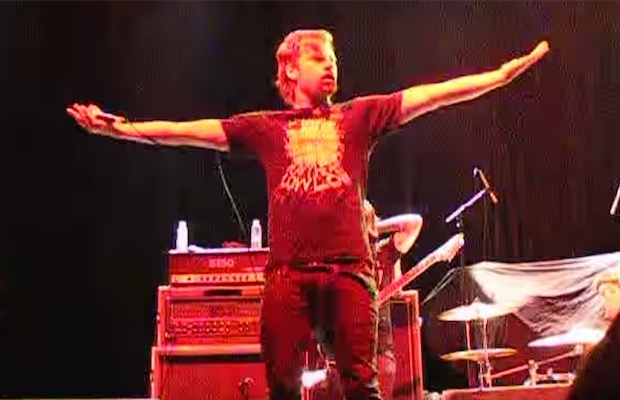 Due to how short his stay was, not may people know that Jonny Craig briefly fronted A Skylit Drive in 2007. Following his initial issues and subsequent removal from Dance Gavin Dance, A Skylit Drive also parted ways with their original frontman Jordan Blake. (Blake went on to play in the bands Razing Alexandria and Watchout! There’s Ghosts, the latter of whom released a sole album on Rise Records in 2009.)

In November of 2007, A Skylit Drive set out on the RATHER BE SLAYIN' N00BZ Tour alongside Vanna, Blessthefall and From First To Last. Craig joined the band mid-tour, and was then briefly replaced by Craig Mabitt, who, at the time, fronted Blessthefall.

It was after this tour that current ASD frontman Michael “Jag” Jagmin joined the band.

It’s rumored that Craig recorded a demo version of A Skylit Drive’s song “Knights Of The Round,” but nothing other than a live performance video has ever surfaced.

Below you can watch a handful of videos of ASD performing with Craig at The Ottobar in Baltimore, Maryland. During the song “Ability To Create A War,” the band are joined by Craig Mabbitt.