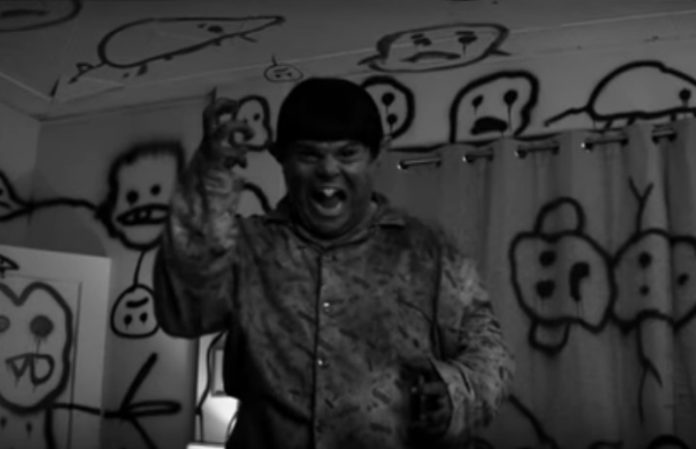 Die Antwoord have produced a creepy new short film called Tommy Can't Sleep. (And it's strictly NSFW.) Check it out below, so long as you're not afriad of rats.

According to Die Antwoord's YouTube channel, the short film stars 16 Jones and Jack Black, and was directed by ¥o-landi Vi$$er. Roger Ballen was the art director, and the music is by the Black Goat. The short film stars a young boy who can't fall asleep becasue he believes there are rats in his house. He then enters the “rat hole” where things get really crazy. Watch the whole video below!

Die Antwoord are currently working on their new album, The Book Of Zef, admidst breakup and reunion rumours. Watch the lyric video for their latest single “Love Drug” here.

However, a day later, the second half of the duo, Yolandi Visser, took to Instagram and said that Die Antwoord will not end next year, adding the journalist “twisted” their words, posting to social media saying: “Die Antwoord is not breaking up. The journalist 'Daryl Keating' who wrote an article stating that we are breaking up totally twisted our words an[d] took what we said completely out of content with his latest article.”

You can also catch Die Antwoord their headlining world tour now. Check out the dates below!

What do you think of the film? Let us know down below!