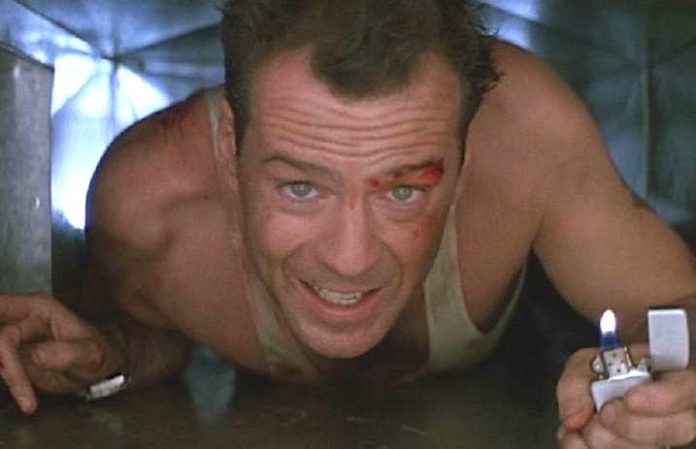 It's the perennial Christmas question: Is Die Hard a Christmas movie? This holiday season, it looks like we've finally received an authoritative riposte to that ageless query, as the movie's screenwriter has shed some light on the Die Hard-as-Christmas-movie discussion. Check it out below.

For years following its 1988 release, hardcore cinephiles and intermittent moviegoers alike have pondered whether the classic, Bruce Willis-driven action vehicle is, indeed, a Christmas film. USA Today points to Die Hard's place as the “most popular unorthodox Christmas movie,” while The Fix lists some reasons why it shouldn't be considered a Christmas flick. Regardless, the movie's plot does take place during Christmas eve—with an office Christmas party at its action-packed crux, no doubt—so, is it or isn't it a Christmas film?

Well, per The Hollywood Reporter, the debate has seemingly met a conclusive response: The film's screenwriter, Steven E. de Souza, took to Twitter this Christmas eve to weigh in on the matter—and he leaves little wiggle room by using the hashtag #DieHardIsAChristmasMovie when fielding fans' inquiries on social media. “Plus, a woman about to give birth features prominently,” Souza adds of the film's Christmas tenor, evoking the Nativity story by way of Bruce Willis' terrorist-tackling National Film Registry selection.

Do you agree with Souza that Die Hard is a Christmas movie? Or is it simply an action film that happens to take place during Christmas? (It's worth noting that the movie was originally released to theaters in the middle of summer!) Sound off in the comments below, and let us know your Die Hard take.

Plus a woman about to give birth features prominently

Yes, because the studio rejected the Purim draft #DieHardIsAChristmasMovie