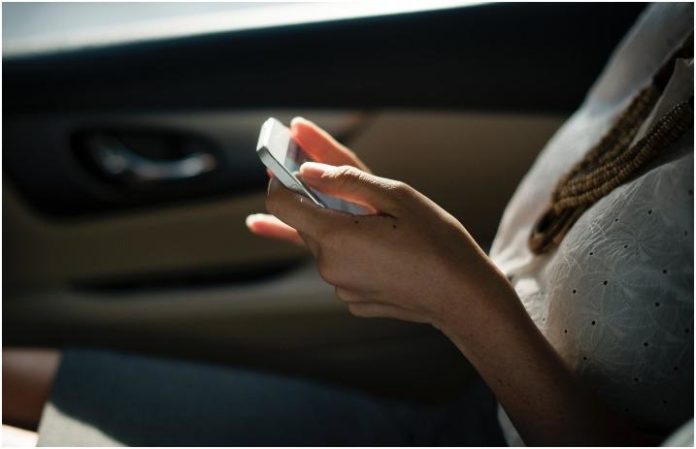 Being outside is already awful, but being outside without your phone fully charged is what nightmares are made of. What are we expected to do if our phone dies—actually talk to someone? No thanks.

Read more: People are boycotting Facebook because of that sketchy “data breach”

To lessen the anxiety that we all face when our phone's battery life is just barely hanging on, a new app, “Die With Me,” was created in order to lessen those pre-phone dying worries. (Maybe?)

The “Die With Me” app, which, if we're being honest, sounds kind of sketchy, is supposed to be used when your phone's at a low battery life. As reported by Bustle, the app only works when your phone has less than a five percent battery charge, where you would then hop on the app and cherish those last few moments with your phone by interacting with other users in the same boat.

In a video explaining what the app exactly does, a narrator simply explains that when your phone is in its dying moments, why not let it die in a chatroom filled with other people whose phones are dying as well? Showcasing the fact that users now have the opportunity to take on the grieiving process together, people are able to chat until their phone eventually gives into the temptation of (battery) death and then ultimately dying.

Just watching that video made us clutch our phones in horror. How could anyone forget a phone charger?

It's definitely an interesting concept, but don't even try to go on the app if your phone isn't at the five percent or below mark. Apparently, you can only access this app when your phone has dropped below five percent and only then, when it's at death's door, will you be able to use it. To make matters worse, if you plug in your phone and it reaches over that five percent mark, you'll be kicked out and won't be allowed back in until it's almost dead again.

Dries Depoorter, who created the app—along with partner David Surprenant—told Motherboard the reasoning behind making the app wasn't to chat with random strangers on the internet about your phone dying, but to potentially make a romantic connection from it:

“We had ideas to make a dating app where you can find someone around you with a low battery, and when you meet, the battery [is dead], so you can have a offline real conversation.”

We mean, it makes sense, kind of? To be fair, nobody likes going on a date with someone who can't stay off their phone, but there's also the added worry of our phone being dead when meeting a stranger on the internet who knows your phone is dead…but what do we know?

While the original idea was to make a dating app, Depoorter told the site that they wanted “to do something positive with a low battery.” He also noted that the idea of the chatroom was something that brought a lot of positive attention, saying: “we now we see people happy with a low battery having low battery conversations. We had so much fun creating this.”

The app is currently available for both iOS and Android phones, so anyone who has a phone able to use apps can download this app. Though, it's important to note that you'll have to pay $0.99 to actually use the app but really, why wouldn't you want to spend a small amount to chat with other people about your sorrows of a almost dead battery?!