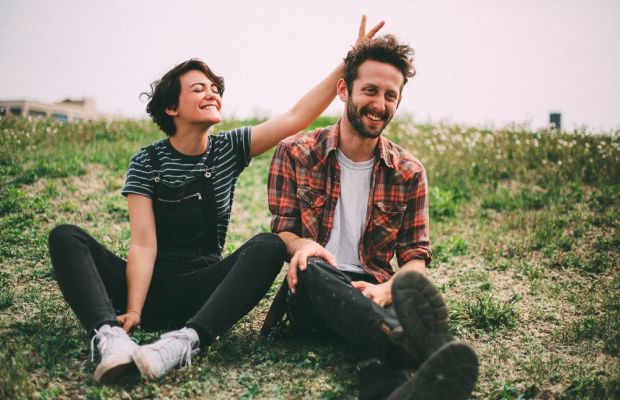 New York “slop pop” duo Diet Cig released a great EP earlier this year titled Over Easy, but they clearly haven't slowed down as they've announced at least one more release before the year is out. A Sleep Talk​/Dinner Date 7-inch is scheduled for September 18 through Father/Daughter in the U.S. and Art is Hard in the U.K. and they're currently streaming the A-side today via SPIN.

“Sleep Talk” is very much in line with the band's earlier material but boasts a stronger, tightened production which accentuates their dreamy, pop-rock delivery nicely. Alex Luciano's vocals take center stage with a dominant attitude that gives the relatively brief single a very welcomed punk tone.

You can stream “Sleep Talk” below and pre-order the duo's new 7-inch on Bandcamp. Diet Cig will also be hitting the road for nearly the entire month of September; dates can be found below as well.