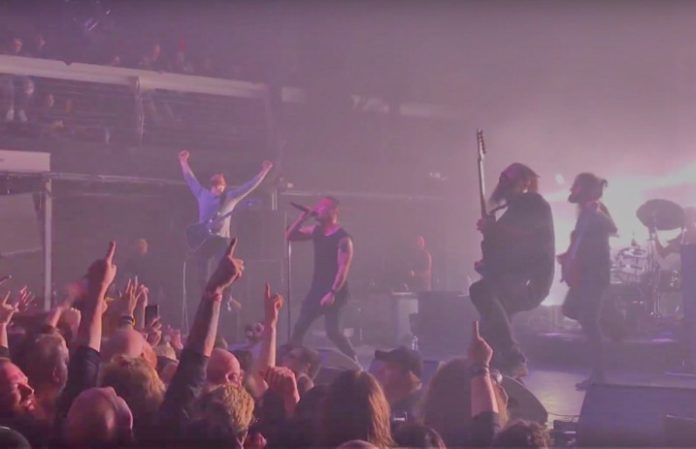 The Dillinger Escape Plan played their final show, ever, last night at New York City's Terminal 5. Watch videos from their goodbye set below.

The show marked the final night of the progressive hardcore group's three-day sold out residency at Terminal 5. They played a massive 19-song setlist as their farewell, even including some epic balcony stunts. Their final encore included “Farewell, Mona Lisa,” “43% Burnt” and “Dissociation” with Seven Suns and original the Dillinger Escape Plan bassist Adam Doll. Check out the bittersweet, yet epic, moments here:

As previously reported, the Dillinger Escape Plan announced that last year's Dissociation would be their final studio album. The three-night Terminal 5 residency was their final goodbye.

During the second night of their final performances, the band brought out original singer Dimitri Minakakis to play a few tracks from their debut record, Calculating Infinity. The set included the iconic “43% Burnt,” which you can watch below:

How sad are you to see the Dillinger Escape Plan go? Let us know in the comments!

Watch more: The end of the Dillinger Escape Plan