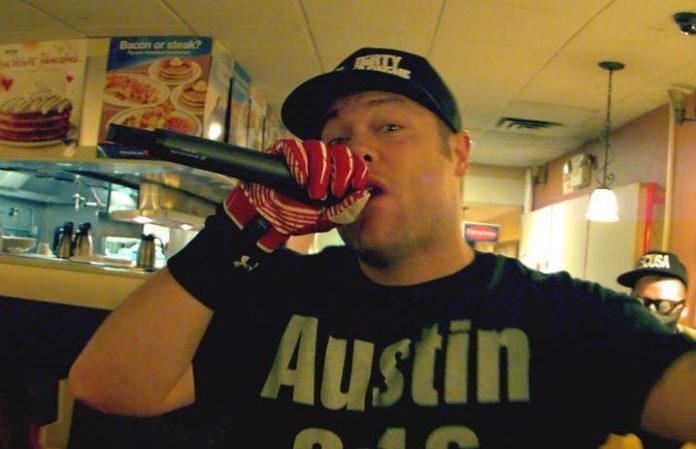 We were already craving pancakes, as per, and the next time we go for some 'cakes we’re hoping a band is filming a music video, too. (Well, maybe.)

Read more: Hardcore band plays at chicken restaurant, because why not?

Alt metal outfit Dirty Machine took over an IHOP for their new music video for “Built,” and we’re all about it.

We would’ve liked to be on-set for this video, only if we could’ve been provided chocolate chip pancakes. Yum.

Give the epic video a watch below:

Is it as cool as the time a hardcore band took over a chicken restaurant? Close call. But either way, we’re fans of combining two of our favorite things: Food and tunes.

The video was directed by Ron Thunderwood, who has directed videos for the likes of Stitched Up Heart and more.

If you could pick any restaurant to shoot a music video in, what restaurant would you pick? Let us know in the comments below!