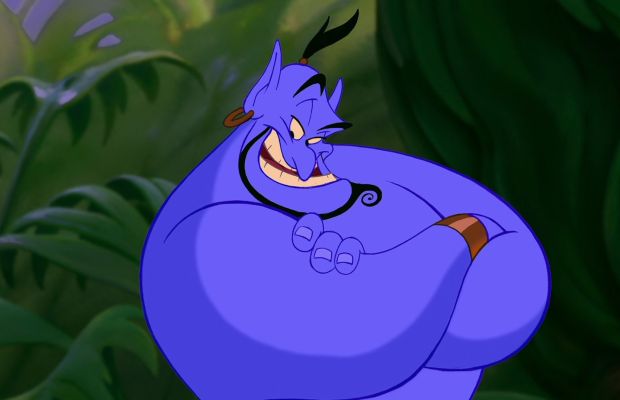 In a quickly growing list of live-action remakes and reimaginings, Disney has announced that they're developing a prequel to their 1992 animated classic, Aladdin (via The Hollywood Reporter). With potential plans to lead into a live-action remake of Aladdin as well, Genies—being written by Damian Shannon and Mark Swift—is expected to be a sort of origin story for Aladdin's Genie, originally voiced by the late comedic genius, Robin Williams.

Next to no further information is available currently as the project is in the very beginning stages of production so Genies will likely see a release even after Disney's other upcoming live-action features such as Jon Favreau's The Jungle Book, Bill Condon's Beauty And The Beast and Tim Burton's Alice In Wonderland sequel, Alice Through the Looking Glass.

What are your thoughts? Is Disney going too far with all these remakes or are you excited to see more live-action versions of your childhood favorites?