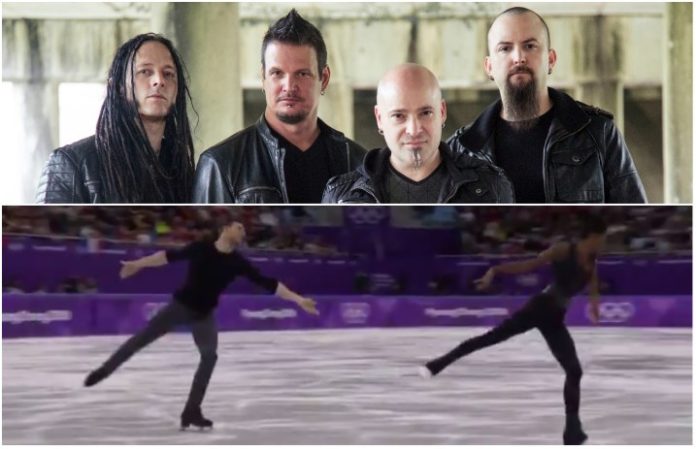 The French Olympic pairs figure skating team totally rocked a routine to Disturbed's cover of Simon & Garfunkel's “The Sound Of Silence” at the 2018 Winter Games in PyeongChang, South Korea—watch a clip below.

France's Vanessa James and Morgan Ciprès employed Disturbed's rendition of the oft-referenced mid-'60s hit during their free skate performance, as pointed out by Pitchfork. This isn't the first time the Chicago-based metal band's S&G cover has been utilized by the French figure skating twosome: The duo applied the tune's throwback gravitas last spring at the ISU World Team Trophy event.

And the words of the prophets are written on the subway walls, y'all: Even songwriter Paul Simon digs Disturbed's take on “Sound Of Silence.” When the band performed the cover tune on Conan in 2016, the Simon & Garfunkel mastermind reached out to the group directly with words of praise. “Really powerful performance on Conan the other day,” Simon wrote the band. “First time I'd seen you do it live. Nice. Thanks.”