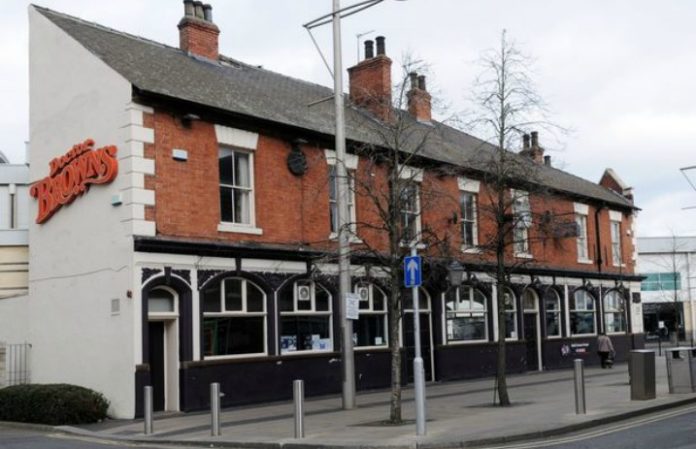 A Pub in the UK has come under fire after its controversial ban on female-fronted bands from playing its live music venue, stating women “can't sing rock.”

Doctor Browns, a popular live music venue in Middlesbrough, has implemented a ban on female-fronted bands due to regular customers believing that women can't sing rock music. Pub manager Paula Rees spoke to The Northern Echo in defense of the ban, denying that the rule was sexist.

“We had female singers on in the past and customers just didn’t like it—we’re a rock bar and they don’t think that women should sing male rock songs” Rees tells The Northern Echo. “It’s nothing to do with me, it’s the pub’s regulars who come in every week, they won’t come in if there’s a female singer.”

Rees goes on to mention they will be relaxing the ban to allow one band with a female singer to play the venue next year and would consider allowing other bands to play as long as they draw a large crowd. Otherwise, the ban will remain in place as a rule for the venue.

“We have got to keep our regulars happy, I’m not a rock fan so can’t judge myself but I’ve been told that some women can sing and some can’t, but they can’t sing heavy rock. If we put a poster up and our regulars know there’s a woman in the band, they won’t give them a chance—they’re my bread and butter and we can’t risk nobody coming in.”

Sounds like somebody needs to get some new customers that are not so narrow-minded. It's 2017—this is inexcusable.

Revenant and Syndicate 66 vocalist Hannah Sowerby tells Northern Echo that Doctor Browns had canceled gigs for her bands after discovering they were female-fronted.

“I haven’t been allowed to play because I’m female, despite the fact my band can draw a crowd” says Sowerby. “You wouldn’t get people saying they don’t like male bands, because not all male singers are the same—just like not all female singers are the same. It is a sexist attitude from the regulars and there’s no excuse for it in 2017, you’d think we’d be past this by now.”

According to a spokeman from the Equalities and Human Rights Commission, the pub's actions are not illegal, but he went on to list a number of successful female-fronted rock bands and stated that some of the most successful musicians in the world were women.

A spokeswoman for the Musicians' Union states: “We have not been involved in this particular incident but we take discrimination on any grounds very seriously. For the purposes of booking shows, female-fronted bands should not be treated any differently to male-fronted bands, and neither should they be expected to identify themselves or their music according to their gender.

“We have been investigating the seeming lack of female artists on festival line-ups, but this is the first time I’ve personally come across a booking cancelled explicitly because of the gender of the performer and the assertion made that audiences aren’t interested in gigs featuring women.”

Doctor Browns Facebook page has received many negative reviews since the ban came to light as musicians and fans unite to stand up against the pub's sexist and controversial mindset.

Lzzy Hale of Halestorm and many other musicians took to social media to voice their opinions on the pub's ban.

We 100% do not condone the actions of Doc Browns and we’re ashamed to say that this has been picked up internationally. We do not support the choice that they are making and we hope that other bands in our area feel the same.

What do you think of Doctor Browns' ban on female-fronted bands? Let us know in the comments below.